This event is a call to action for artists to embrace AI. Let this not limit us, let's not be in fear, says Raghava K.K.

From a series titled The Anatomy Lesson of Dr Algorithm that exhibits images of what artificial intelligence imagines the interiors of a human anatomy to be, to a video of artificially generated, grotesquely distorted human faces made by German artist Mario Klingemann, the exhibition provides unique insights into the visually-striking works that machines—in conjunction with human beings—are capable of producing.

Titled Gradient Descent and curated by 64/1, a Bengaluru-based AI research collective founded by Raghava K.K. and Karthik Kalyanaraman, the exhibition showcases the works of seven artists from around the globe.

All of them have used artificial intelligence to produce their pieces. Priced between $500 and $30,000, the artworks (as well as their algorithms) are now on sale.

“At Nature Morte, we’ve always tried to be ahead of the curve and are constantly representing artists who are way ahead of their time," says the gallery’s co-director, Aparajita Jain.

“In the present-day scenario, I feel the two largest changes that will impact mankind are climate change and artificial intelligence. While I haven’t seen much work on climate change, I thought it was imperative for us to do a show on AI art. Both Peter Nagy (the gallery’s co-director) and I felt that we had to bring conversations involving AI into the mainstream."

Apart from underlining AI’s impact and eventual ubiquitousness in human society, the exhibition throws open many questions: Could AI possibly be the biggest art moment in 21st century? Could it alter the trajectory of art? And if machine becomes an expert in creating art, where does it leave human artists in the future? 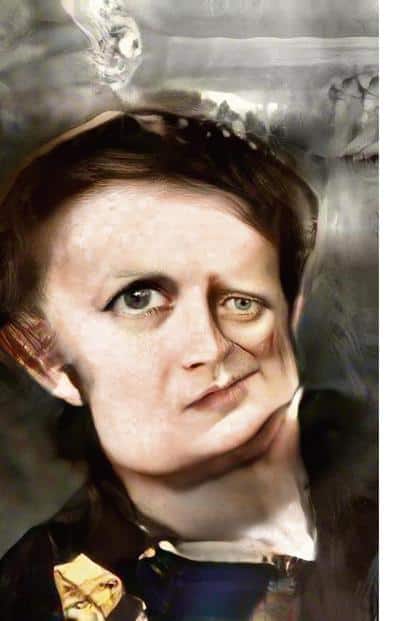 “I think there are different ways of looking at it. In my view, I have a role to play as an artist, and the algorithm has a role. My role is to define what the end result looks like, which means that I will choose the number of brushstrokes or the thickness of the strokes," said Tom White, an artist from New Zealand. “So, think of it more as content versus style – while I determine the style of the drawing, the algorithm will determine where the strokes go."

According to curator Raghava K.K., “Climate Change and AI are changing who we are fundamentally, and we are the only species who can change based on how we see ourselves. This event is a call to action for artists to embrace AI. Let this not limit us. Let’s not be in fear."

Does AI art have a future in India though? “A lot of Indian art is past-facing and is concerned with the preservation of tradition, which is very important of course. However, we should realise that India is now a global player and can and should contribute directly to the cultural movements of the future, instead of just taking movements from the West and then critically modifying them in the name of Eurocentrism or postcoloniality or whatever. So we hope that India can be a pioneer in this field," says co-curator, Kalyanaraman.