New Delhi: Spice Televentures Pvt. Ltd (STPL) will be merged into Spice Group’s listed firm Spice Mobiles Ltd in a bid to raise capital and shift the group’s focus to mobile Internet, a meeting of the two boards has decided.

The directors of the two firms also proposed that the merger be effective from 1 January 2010, and the merged entity be called Spice Mobility Ltd. The date is subject to approval from shareholders, authorities and the courts. 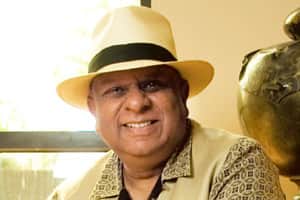 “One of the main reasons for the merger is to shift the focus of the group on mobile Internet, which has a greater potential than voice (telephony) as it is cheaper than voice," he added.

The two boards also proposed a major restructuring after the merger. The board for the new entity will include B.K. Modi as chairman, Dilip Modi as vice-chairman and managing director, Divya Modi as finance director and Preeti Malhotra as director and company secretary.

The existing shares of Spice Mobiles held by STPL will be extinguished. The equity capital of the company after the completion of the merger will be 19.09 crore equity shares of Rs3 each.