Mumbai: Patrick Stahle is keen on the outdoors in more ways than one. Basking in the late noon sun of an Indian spring, the CEO of Aegis Media Asia-Pacific, the specialist media firm that is part of Aegis Group Plc., said the company will launch, before the year is out, local arms of its outdoor and digital advertising companies, Posterscope Worldwide and Isobar Communications Plc. 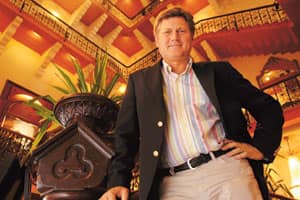 Aegis will also launch its search engine marketing firm, iProspect, which is present in 30 markets, under the Isobar banner next year. Local acquisitions in both businesses are on his radar, Stahle says.

Stahle also aims to grow the company’s flagship media planning and buying specialist, Carat Media Services India Pvt. Ltd, and make it among the top five media specialists in the country within a few years. He sees Carat’s market share doubling from its current 5% of the media buying market to a more substantial 10% in about two years’ time, so that it becomes “big enough’’ to not be affected by the sweeping scale of gigantic media specialist rivals such as WPP Group’s GroupM. Isobar, Posterscope and Carat will be separate brands under Aegis Media. And Stahle says that Carat’s sister media network, Vizeum, will only enter India when Carat itself is much stronger here, as it will largely handle conflicting businesses.

Over the past few months, the agency has seen the departure of Charles B. Jenarius, Group CEO, Carat India, and Richard Halmarick, CEO of Aegis Media Asia South. Stahle admits that there was a crisis in leadership at Carat India. But that vacuum is being filled, with P.V. Narayanamoorthy, erstwhile director of strategy and operation of Carat India recently being promoted asmanaging director. And Stahle says the Indian operations of Aegis Media will get their own CEO in the next few months.

He says that there is reason why Havas Group chairman Vincent Bollore is relaunching a bid for the Aegis Group. “We have been outperforming. If he succeeds in bringing Aegis under Havas, the merger would bring them global solutions but not help us a lot. That’s because Havas is very patchy, strong in France, Spain and South America. Havas does not exist as a media brand in most places; we (Carat) would fill in the patch for him. MPG (Havas’ media specialist) as a media brand in most of Asia-Pacific markets is almost non-existent."