Kolkata: Attempts by the world’s biggest tea producer, McLeod Russel India Ltd, to indirectly acquire a substantial stake in a tea plantation in Rwanda has hit a roadblock. 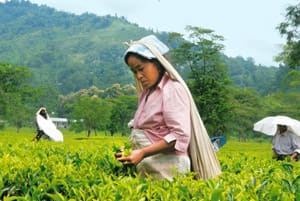 Green business: Workers at a tea garden in Darjeeling. Many Indian tea firms are scouting for gardens in Kenya, Uganda and Rwanda. Indranil Bhoumik / Mint

In August, McLeod Russel had announced that it was to pay $2.75 million (Rs12.7 crore today) for a 75% stake in Olyana Holdings Llc—a US company that had bought from the Rwandan government a 60% stake in Gisovu, an 800ha tea plantation and factory. It produces around 1.7 million kg of tea a year.

But the Rwandan government in September cancelled the deal to sell the 60% stake in Gisovu, according to Nigel Melican, managing director of Teacraft Ltd, a UK-based consulting firm that advised Olyana on the deal.

The 75% stake sale in Olyana would have eventually given McLeod Russel control of Gisovu, which wasn’t “the outcome the government of Rwanda wanted", said Melican. “Though there might not have been any clause (in the sale agreement between the Rwandan government and Olyana) precluding foreign investment in Olyana, its sale of shares to McLeod Russel was against the spirit of the deal. The government of Rwanda wanted local people to control Gisovu."

McLeod Russel’s managing director Aditya Khaitan said: “In keeping with the laws of Rwanda, the matter has gone into mediation under which a mediator has been appointed and we are trying to sort out the differences."

This was to be McLeod Russel’s first acquisition in Africa. It is scouting for more acquisitions in countries such as Uganda, according to people familiar with its plans and who did not want to be named.

The Rwandan government is slowly divesting itself of tea garden ownership, and it took two years to finalize the sale of a 60% stake in Gisovu to Olyana, which was backed by US investors until McLeod Russel snapped up 75% of its shares, according to Melican.

Gisovu is one of the best plantations in Rwanda in terms of the price its tea fetches at Mombasa auctions, he added. Under the deal with the Rwandan government, Gisovu’s new owners were to acquire more land and expand the plantation.

“The sale was conditional on investing in the factory and building a new factory to process bushes newly planted (by the Rwandan government) and developing value-added speciality tea production in line with the government’s strategy for tea plantations," Melican said in an emailed statement.

At least two more gardens in Rwanda are on the block and a number of Indian companies are interested in them, according to an official of the Tea Board of India, who did not want to be identified because he is not authorized to speak to the media.

“It is not widely known that McLeod Russel’s deal with Olyana is in trouble," he said. “It is an indication that entering these countries isn’t easy."

Jay Shree Tea, according to the Tea Board official, is close to signing a deal for acquiring a garden in Uganda that produces 2 million kg of tea a year. Asked about it, D.P. Maheswari, Jay Shree’s managing director, said: “Talks are at an advanced stage but nothing has been finalized as yet."