New Delhi: The four leading telecom firms of the country - Bharti, Vodafone, Idea and Tatas- have joined hands to defend their 3G roaming pacts, saying the agreements are “legal and permissible".

In a letter to telecom minister Kapil Sibal, the players said any adverse move could “negatively impact investor sentiment and do irreparable damage to India’s long standing as an investment destination with serious consequences on the future growth and development of the sector" and sought his intervention to resolve the situation.

“We are now dismayed and astonished by the disingenuous and protracted disinformation campaign against the intra-circle roaming arrangements being followed by number of industry entities," the four operators said in the letter. 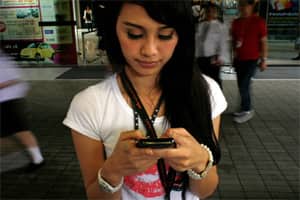 This would help operators offer 3G services to customers in circles where they cannot build their own 3G network as they do not have the licence.

The agreements, however, have come under scrutiny by both telecom regulator Trai and the Department of Telecom (DoT) for any violation of norms.

“...Bidding in the 3G auction took place on the clear understanding that such arrangements are legal and permissible. Any determination now that this might not be the case would fundamentally alter the legal and economic basis on which the business case for 3G bids was evaluated, inevitably leading to a requirement to either refund to the bidders or re-run the auctions," the operators said in a letter to Sibal.

Saying that their UASL licenses permits the operators to provide all types of access services, the companies said a separate license is not required for offering 3G services and that 3G auctions held last year auctions 2.1GHz spectrum and not 3G licenses.

Airtel, Aircel and RCom each owns 3G spectrum licence in 13 of the 22 telecom circles, while Vodafone has it in 10 circles and Idea and the Tatas in nine circles.

Telecom regulator Trai had sought information from service providers on their bilateral agreements for entering into 3G roaming pacts, to ensure that there is no violation of licence terms and conditions.