New Delhi: Auto maker Tata Motors Ltd expects the pace of growth in truck and bus exports to decline in the year to 31 March after demand contracted in developed countries in the wake of a financial crisis and an economic slowdown.

India’s largest maker of trucks and buses expects the share of such exports to be only 8-9% of its revenue from the commercial vehicle segment in 2009-10, according to Ravi Pisharody, president of Tata Motors’ commercial vehicle business unit. 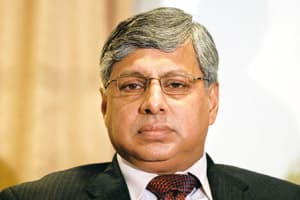 “Though the economy has recovered significantly in the last six months, exports have been relatively slower to pick up," he said at a press conference at the Delhi Auto Expo. “In the first half of the current fiscal, we had negative export growth, but we have managed to arrest that trend and are expecting exports to pick up in the next fiscal (2010-11)."

Pisharody said that in the current fiscal, the commercial vehicles division had to defer some of its capital expenditure plans because of the slowdown. “Now that the economy is reviving, we have to see how we can go forward with our investment plans in the next fiscal."

Tata Motors has increased the prices of some of its medium and heavy commercial vehicles by around 1% from January. Pisharody said the prices of inputs have risen, and after a certain increase, had to be passed on to consumers.

The company, however, remains bullish on local sales of commercial vehicles.

Pankaj Chadha, director, automotive, at consultancy firm Ernst and Young India, said that since buying countries were the worst-affected by the downturn, auto exports from India had taken a hit.

“It (the slump in commercial vehicle exports) is not a matter of great concern," Chadha said. “India’s story is one of domestic demand."