The spate of recent corporate scandals has quite rightly brought the issue of crony capitalism to the forefront of public discussion in India. It will then perhaps come as a surprise to many that there has been a gale of Schumpeterian creative destruction over the past two decades that has swept away many established firms. Nearly three out of four companies that were in the list of the 50 most valuable Indian firms by market capitalization in the 1990s failed to make the 2014 list. The entrepreneurial US has seen far less corporate churn despite the rise of companies such as Google. Twenty of the top 50 companies in the 1990 US list remain there even today. India has seen several rounds of corporate churn. The old managing houses of the colonial era went into decline after independence. So did many of the traditional Indian business houses that dominated in the first half of the previous century. The next round of creative destruction happened after the economy was tentatively opened up after 1980. However, it was the radical economic reforms of 1991 that finally exposed established business houses to competition. Only a handful could manage the transition successfully. And entrepreneurial companies in newer areas such as software, pharmaceuticals and infrastructure came to prominence over the past two decades. That said, the top 50 account for a significant portion of the country’s market cap—some 63.40% compared with a far lower 37.50% for the US. Markets in India are still narrow and there is a long way to go before India can match the broad base of a developed economy. The pattern of change has not been independent of what has been happening around the world. Knowledge-based industries such as information technology and pharmaceuticals account for a good chunk of the top 50 companies now, for instance. Manufacturing’s share has come down. Similarly, the share of multinational companies’ market cap in the top 50 list has come down while that of state-owned firms has remained more or less the same. Note, however, that the composition has change with newer entrants such as NTPC and Coal India displacing others.

India has seen far more churn in its 50 most valuable firms by market capitalization than the US over the past two decades. 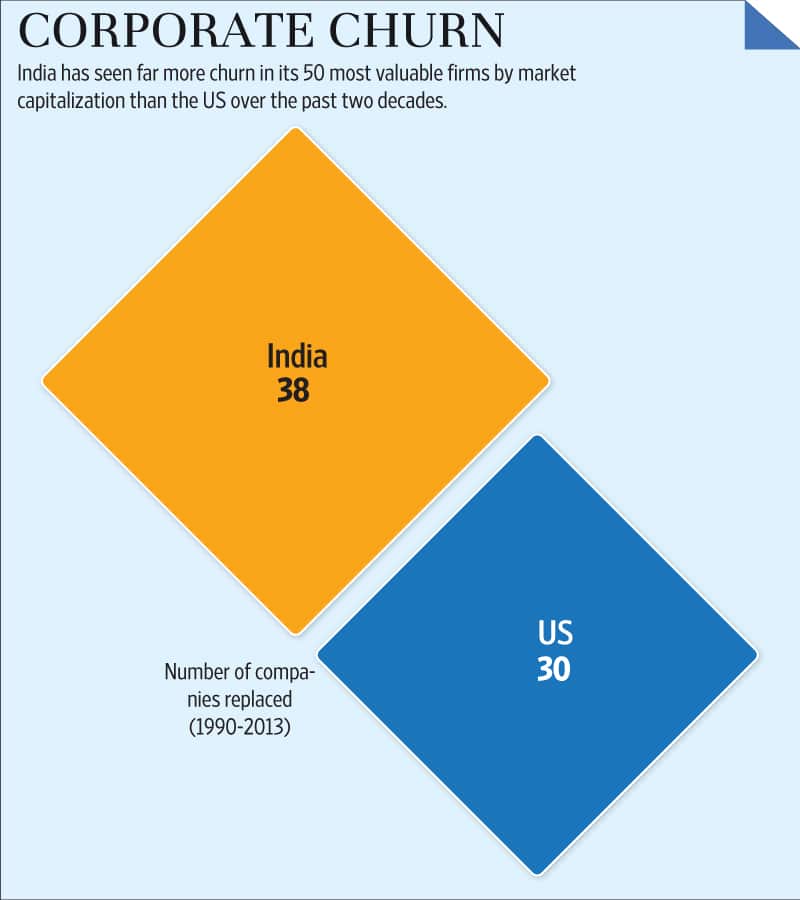 Narrower markets in India mean that the top 50 companies account for a greater proportion of the country’s market capitalization. 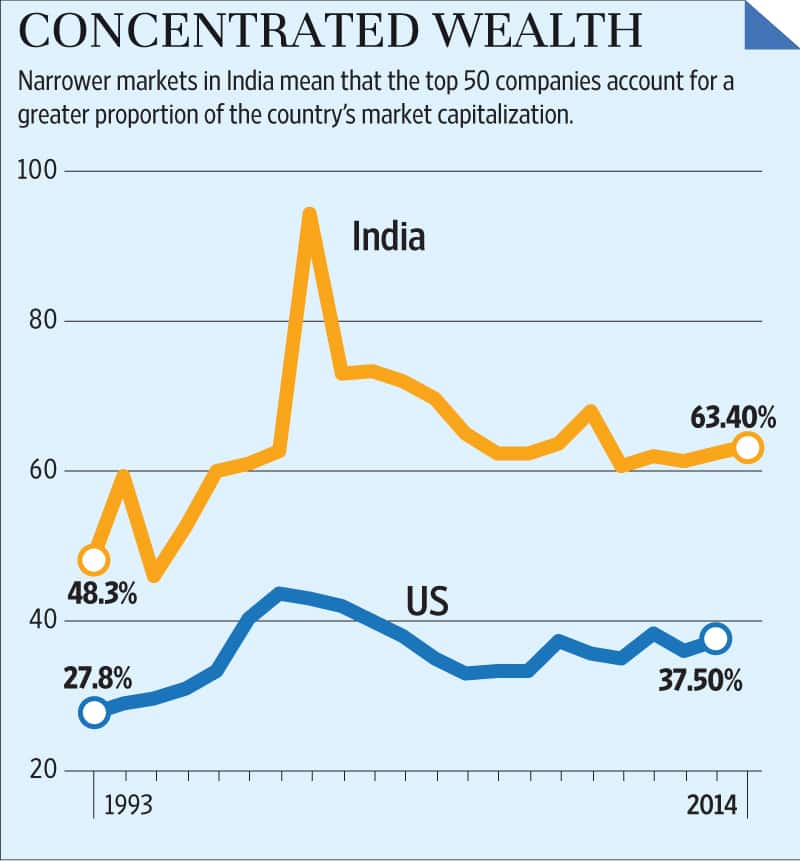 Multinational firms’ share has come down while that of state-owned companies is at the same level as two decades ago. 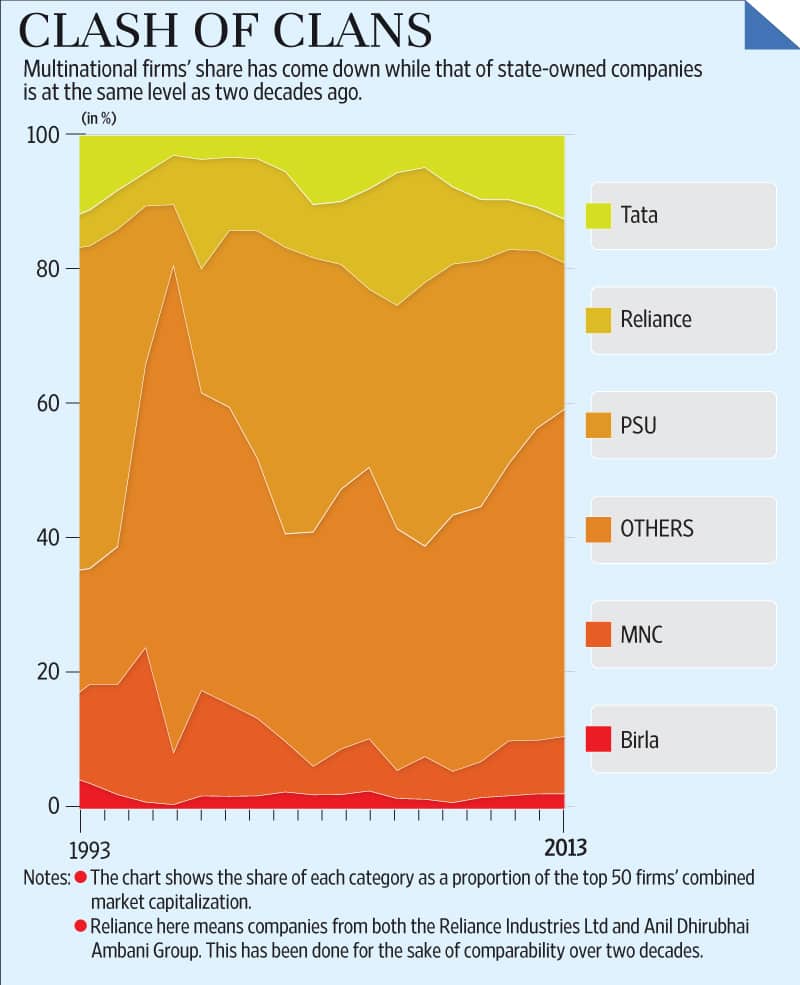 The rise and fall of industries

Manufacturing has lost its share in both India and the US. The rise of the technology sector is clearly seen. 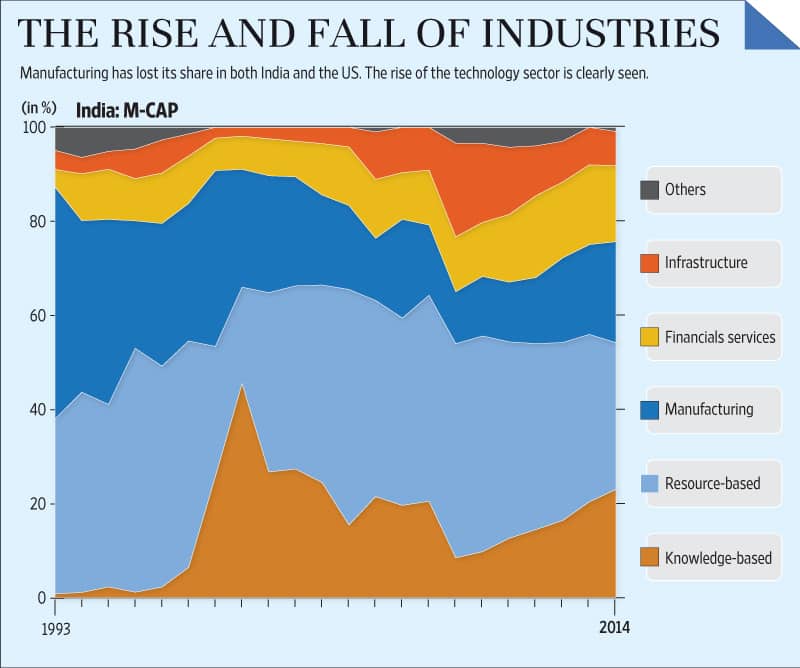 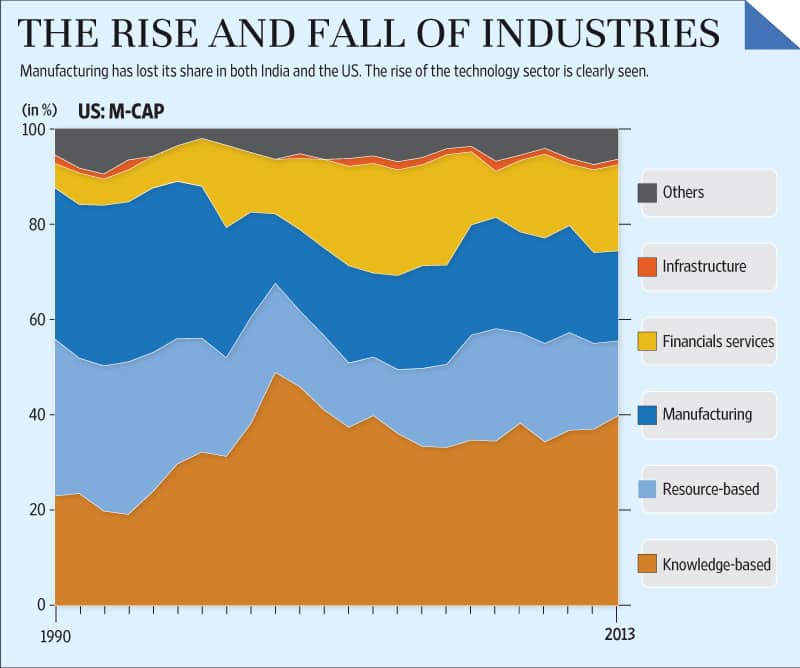 Competition and changing patterns of India’s still evolving regulatory landscape mean that it is not easy for any company to remain in the top 50 list for a significant amount of time. 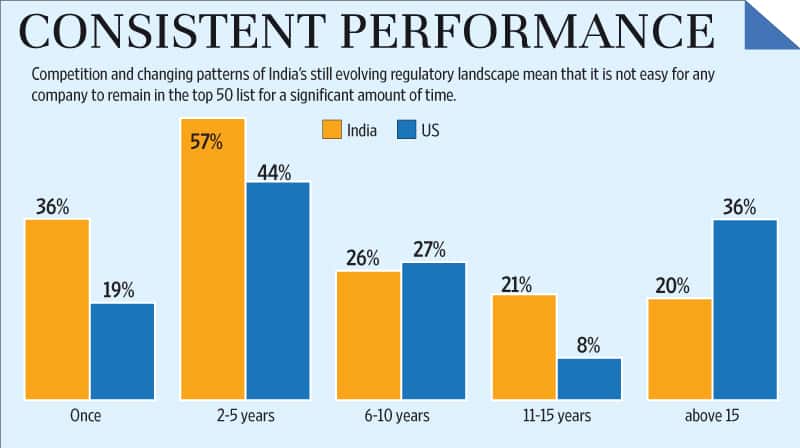 The mid to late 90s saw the highest amount of churn. That could be owing to weak coalition governments with multiple power centres during that time. 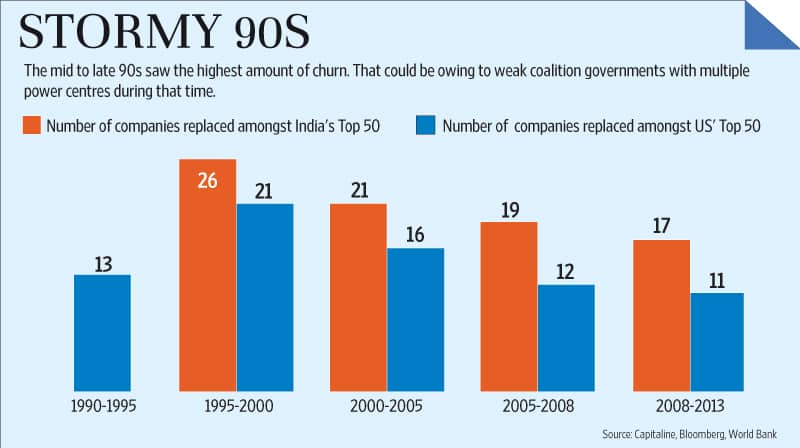