New Delhi/Mumbai: It’s not all doom and gloom for India’s embattled airline sector. IndiGo, a low-fare carrier launched in 2006, has climbed to second place in market share at the expense of Air India and Kingfisher Airlines and is the only one of India’s six main carriers making a profit, for now at least.

While Kingfisher and market-leading Jet Airways have bought rivals, fly multiple plane models and have struggled to mix full-service and low-fare options, IndiGo offers one class of no-frills service on a single type of plane, the same strategy pioneered by US-based Southwest Airlines.

IndiGo also sells and leases back its planes, sparing its balance sheet and allowing itself to maintain a young fleet. 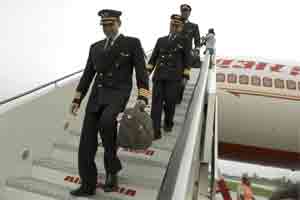 “Indigo has done everything right which Kingfisher has done wrong," said Rajan Mehra, executive director at the Asia Pacific Academy for Aviation and Hospitality.

Industry watchers say there is no great secret to IndiGo’s success, which they attribute to rigid adherence to a disciplined business plan, a task that grows more complex as the 50-plane airline adds a new plane every month.

Still, IndiGo is not immune to the industry’s myriad headaches that include fierce competition, a weak rupee, high taxes, rising airport fees and the high cost of oil.

“Indigo so far might have been doing better than the others, but they are facing the same operational costs, the same infrastructure constraints," Mehra said.

Airfares are low in India, where carriers compete with trains and buses for passengers. A one-way ticket for 18 April from Mumbai to Delhi, a distance of about 720 miles, starts at around ₹ 3,935 ($79.50) on IndiGo, GoAir or Jet’s JetLite subsidiary, according to a popular travel website.

Kingfisher and Jet have learned the hard way that travelers don’t want to pay for frills on India’s short domestic flights, forcing them to set up low-fare offshoots to compete with IndiGo and budget rivals SpiceJet and GoAir.

“What the customer wants is on-time performance, he wants good service onboard, he wants consistent on-ground and onboard services. He doesn’t mind paying for the food," said Mehra.

IndiGo’s rise mirrors that of Jet Airways in the 1990s, before it became a sprawling international carrier that has lost money in the last four quarters.

IndiGo has 21% of the domestic market, behind the combined low-cost and premium operations of Jet Airways, but up from its 17% share at the end of 2010.

The Centre for Asia Pacific Aviation (CAPA) expects IndiGo to take the top spot from Jet in a few months in an aviation market that grew 17% in 2011 and is expected to expand by about 12% annually over the next few years.

Last year, IndiGo placed what was then the biggest-ever commercial airline order for 180 Airbus A320s worth $16 billion to be delivered starting in 2015 when an earlier 100-plane order is completed. It also began flying to a handful of foreign destinations using the same narrow-body plane type.

While IndiGo says it spends less than 1% of revenue on marketing, it cultivates a fun, irreverent image.

A splashy advertisement to the tune of a Gilbert & Sullivan number runs in heavy rotation on local TV. Its inflight catalog is called “Hello 6E" - a play on IndiGo’s airline code - and many of its air hostesses wear the same bobbed wig.

“Our only big objective is to prove that low-cost is not low-quality," Indigo’s president, Aditya Ghosh, told a group of management graduates in New Delhi recently.

Based outside New Delhi in Gurgaon, IndiGo was founded by Rahul Bhatia’s InterGlobe Enterprises, an aviation and travel services firm, and former US Airways chief executive officer (CEO) Rakesh Gangwal.

The airline has said it would consider an IPO, but Ghosh said recently it has no current plans to do so.

He said the carrier’s international operations pose a risk, given different competitive dynamics and the prospect that a rival such as Singapore Airlines’ Scoot startup could begin flying to Mumbai and Delhi with bigger Boeing 777s.

Indian airlines will lose up to $3 billion in the fiscal year that ends this month, according to CAPA, with state-owned Air India accounting for the bulk of the losses.

Safety in the cash-strapped sector has also been a concern.

A December audit by the aviation regulator raised concerns over the safety practices followed by almost all Indian carriers. The audit singled out IndiGo for a review of its fleet expansion plans and highlighted what it said was a shortage of instructors and slow training of pilots and cabin crew at IndiGo and others.

IndiGo said in January it offered clarifications to the regulator and that its expansion plans were intact.

IndiGo says it earned ₹ 6.5 billion ($131 million) in the fiscal year that ended last March, a result that Kingfisher’s Mallya has questioned.

“Government policies can make or break any industry. So far, it has been downhill for civil aviation except for one airline that defies the odds and claims to be profitable, however unlikely that may be," he wrote in a recent memo to staff.

CAPA’s Kaul said he has seen IndiGo’s numbers and the airline is indeed profitable. He did say earnings will be “substantially impacted" in the current harsh environment.

“If the fares are down and fuel prices are up, obviously it will create pressure on margins. But as long as we can keep our heads above the water, which basically means we have money for spare parts, for hiring people, for recruitment, that’s what profitability means for us," he said.