Thanks for Visiting Mint
You seem to have an Ad Blocker on. Please turn it off in order to continue, or whitelist Mint
HOW TO TURN OFF AD BLOCKER
OR
REFRESH IF YOU ALREADY TURNED OFF THE AD BLOCKER
Home >Companies >SKS says losses to continue; shares tank

Mumbai: Shares of SKS Microfinance Ltd plunged 8.5% in intra-day trading on Friday after the microlender said it may incur an operational loss of as much as Rs50 crore in the first quarter because of its inability to generate sufficient income to meet its running costs. 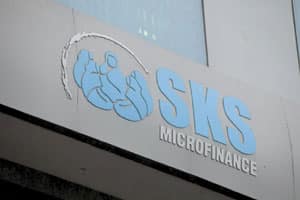 From its peak of Rs1,490.7 in September 2010, SKS shares have lost 94.26%. The company is one of the worst hit by a controversial state law promulgated by Andhra Pradesh government to rein in MFIs, which restricted their operations.

“An increase in the amount of loans assigned by SKS Microfinance towards the end of the quarter ended March 31, 2012 resulted in increased levels of cash and bank balances of about ₹ 689.98 crore as of March 31, 2012 that was not quickly redeployed, which in turn resulted in a relatively lower outstanding portfolio of loans," SKS said in a communication to the BSE.

According to the firm, these factors made operational income insufficient to meet the finance costs, personnel expenses and operating expenditure of the firm.

“As a consequence of these factors and current business conditions, the company expects to incur an operational loss in the first quarter of fiscal 2013 that may range between ₹ 0 crore and ₹ 50 crore or higher, and adverse financial performance of the company may continue for the rest of fiscal 2013," SKS said.

For the quarter ended March, SKS had reported a loss of Rs330 crore on account of a Rs272 crore write-off on its Andhra Pradesh loan portfolio.