Hershey to buy out Godrej stake in JV

Hershey to buy out Godrej stake in JV 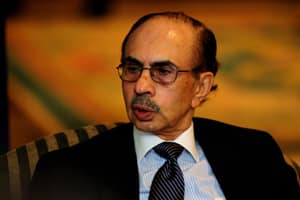 “Over the last few years, we have been following a disciplined approach to doubling down on our core businesses to drive sustained and profitable growth," Godrej Industries chairman Adi Godrej said in a release. “We have been making clear choices to focus on areas where we have a competitive advantage and that provide the best growth opportunities for us. Our decision to divest our stake in the Godrej Hershey joint venture is in line with this focused portfolio strategy."

In an investor conference after the announcement of its first quarter earnings on 14 August, Godrej had told analysts that the company’s board had passed a resolution to restructure the Godrej Hershey business as “it is not a business we are very happy with the results of and we will look to restructure".

The Godrej Hershey JV was formed in 2007 and had a Rs240 crore business in India as of financial year 2012 in the confectionery and beverage categories.

The $5 billion Hershey owns a 51% stake in the venture, while Godrej Industries has 43.4%. A. Mahendran, a director at Godrej Hershey and managing director of Godrej Group’s consumer arm business Godrej Consumer Products Ltd, has the remaining stake. This stake will also be acquired by Hershey.

Hershey will assume about $47.6 million in debt, Reuters said. In 2011, Godrej Hershey posted a loss on net sales of about $80 million. Hershey said the deal does not change its financial outlook.

Best known globally for brands such as Hershey’s Kisses and Reese’s, the JV had introduced only one product in India—chocolate syrup.

The business housed Godrej’s confectionery business acquired from Nutrine Confectionery in 2006 and its beverage portfolio that had brands such as Jumpin, Xs and Sofit.

“This is a positive move for the company. They can now concentrate on their core sectors. There is a lot of competition in that segment (food business) anyway, with a lot of organized as well as unorganized players, and I don’t think they should or will venture in this segment in the future," said V. Srinivasan, research analyst, Angel Broking Ltd.

Godrej still has a presence in the food sector in another JV between group company Godrej Agrovet Ltd and Tyson Foods Inc.—Godrej Tyson Foods Ltd that sells under the Real Good brand.

“Usually, our joint ventures have been successful. We are very clear that JVs are short-term arrangements and almost never long-term ones, whether it is globally or in India. Both the foreign and Indian partner may need it strategically or tactically for certain purposes and once that is served, one moves on," Godrej had said in a 4 August Mint interview.

The company has previously exited ventures with overseas companies including GE Appliances, Procter and Gamble, Pillsbury Ltd and Sara Lee.