Mumbai: Actor Salman Khan, who will be the brand ambassador of yatra.com, has also picked up a minority stake in travel agent Yatra Online Pvt. Ltd. 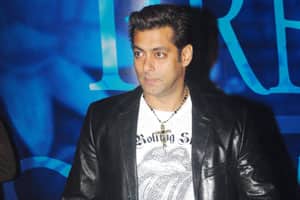 Dhall did not specify how his company would be using Khan’s investment or the remuneration being given to the actor for his multiple-year contract. He, however, said yatra.com would support Salman Khan’s charitable organization called Being Human.

Yatra Online is in the process of consolidating operations in larger cities such as Mumbai and Delhi and entering smaller towns in India. Pratik Mazumder, head, marketing and strategic alliance, said McCann Erickson India has been given the mandate for the advertisement campaign while his company dealt directly with Salman Khan to make him the brand ambassador and an investor.

“This could be first instance where a Bollywood star is picking up a stake in the brand he is representing," Mazumder said.

While airline firms such as Jet Airways (India) Ltd and Kingfisher Airlines Ltd have had Bollywood actors such as Shah Rukh Khan and Deepika Padukone as brand ambassadors, none has been known to pick up a stake in those companies. In Hollywood, actor Justin Timberlake, who had acted in the movie The Social Network as a Facebook Inc. investor, had bought a small stake in another social media network, Myspace Inc., in June 2011.

Khan’s investment comes at a time when the Indian travel industry is seeing turbulence, with domestic airlines posting losses because of high jet fuel cost, intense competition and a slowing economy.

A $2.5 billion loss will be added in the current fiscal by domestic airlines, and existing providers of capital are increasingly nervous about the sector’s viability, according to consulting firm Centre for Asia Pacific Aviation. Dhall termed these as “short-term hiccups" for the Indian airline industry.

“These is a huge potential in terms of online travel space. Now, we sell air tickets, rail tickets, hotel stays and holiday packages," he said. “We are growing in line with customers’ demand."

Last year, it had raised ₹ 200 crore to propel its hotels and holiday booking business with the help of funding led by San Francisco-based Valiant Capital Management L.P., with Norwest Venture Partners and Intel Capital participating as well.