Thanks for Visiting Mint
You seem to have an Ad Blocker on. Please turn it off in order to continue, or whitelist Mint
HOW TO TURN OFF AD BLOCKER
OR
REFRESH IF YOU ALREADY TURNED OFF THE AD BLOCKER
Home >Companies >Aurobindo Pharma aims to treble revenue by 2014

Hyderabad: Aurobindo Pharma Ltd aims to cross $2 billion in revenue, three times what it is now, over the next four years by March 2014, primarily driven by the strategic alliance with global pharmaceutical firm Pfizer Inc. and improved formulations sales supported by additional capacities. 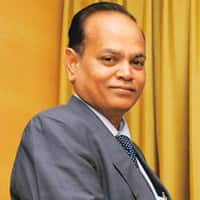 The company expects to increase the contribution of formulations to total sales from 57% now to 80%-85% over the period with increased focus on high-margin products in regulated markets, said chairman and managing director P.V. Ramaprasad Reddy.

The Hyderabad-based pharma company, with its strong product portfolio for the manufacture of post-LOE (loss of exclusivity) products, had entered into an alliance with Pfizer in March.

Aurobindo agreed as per this to license and supply Pfizer some 80 post-LOE products across multiple markets. Aurobindo has a large manufacturing base -- 15 manufacturing facilities that include five formulations plants approved by several regulatory authorities across the globe -- and is marketing its products in over 100 countries.

Under the agreement, Aurobindo gets an upfront payment of $110 million (Rs509 crore) and also enjoys revenue sharing over the next 15 years, Reddy said. Revenues from the Pfizer arrangement will start accruing from 2011-12 and were expected to peak at about $500 million (Rs2,314 crore) a year by March 2014, he said.

The company, which has already received an upfront payment of $43 million, expects to receive the balance in instalments over the next 8-10 quarters.

The Pfizer deal with Aurobindo is all-encompassing with a combination of exclusive, co-exclusive and non-exclusive products, said Ravi Agrawal, analyst with Edelweiss Securities Ltd.

“This deal is significant for Aurobindo with potential to emerge as a significant revenue driver in the near term. And the deal moved beyond a simple contractor based model, with Pfizer likely to engage Aurobindo as a strategic partner rather than as a cost plus vendor for its supplies."

Reddy admits that his profit margins are now lower than most of his integrated peers such as Glenmark Pharmaceuticals Ltd, Sun Pharmaceutical Industries Ltd, Cadila Healthcare, Lupin Ltd, Dr Reddy’s Laboratories Ltd, Cipla Ltd and Ranbaxy Laboratories Ltd. “This is primarily because of our focus so far has been on unbranded generics and tenders for anti-retroviral drugs, whereas my peers have a substantial branded generics portfolio with better gross margins."

Reddy said Aurobindo’s strategy would change with a shift in its product mix.

“We had invested heavily, some Rs1,000 crore in the last five years, into building capacities in formulations. This will boost our formulation revenues and the product mix will now be dominated by high-margin formulations, which will significantly improve the overall profit margins," he said.

Formulations offer better margins of 55%-70% versus some 45% gross margins in active pharmaceutical ingredients, or APIs, says Agrawal of Edelweiss Securities, which has a ‘buy’ rating for Aurobindo stock.

Ravi Agrawal says Aurobindo is now in the process of consolidating its manufacturing assets and does not expect any major capacity additions, at least in the short term. He expects Aurobindo to now see the prime benefit of expansion in Ebitda (earnings before interest, tax, depreciation and amortization) margins since fixed assets are utilized more efficiently, thereby aiding in operating leverage.

Net profit margins, excluding dossier income, currently at 18%, are set to improve to 25% by March 2014, Reddy said. The improvement in profit margins will mainly come from increased formulations sales from additional capacities at a special economic zone (SEZ) near Hyderabad and at New Jersey in the US, apart from increased sales from ANDA (abbreviated new drug application) approvals in the US, he said.

For the US markets, Aurobindo had identified a basket comprising some 250 products and has already filed 156 ANDAs so far since April 2004. It plans to file the balance ANDAs over the next three-four years. Admitting that nearly two-thirds of ANDAs filed so far were for simple technology generics, he said one-third of ANDAs filed were differentiated products with high-margin potential. The focus going forward will be on differentiated products, he said.

Reddy said the company did not choose to go in for high-end ANDAs and Para-IV first-to-file category products as a strategy because it did not have deep pockets to fight legal battles.

From “now onwards, we will be filing ANDAs for more complicated molecules and differentiated products that will yield high margins," he said.

The Edelweiss analyst said the US product pipeline is set to add a lot of value to Aurobindo’s business. “The company follows a ‘last to exit’ strategy, leveraging its cost strength on APIs to incrementally gain market share in existing products, despite ongoing price erosions," he said.

Of the 80 ANDAs approved for marketing in the US market so far, the company has commercialized some 56 products and reached a level of about 12 million of sales a month. “We are expecting to reach a sales level of some $20 million a month in the next six-nine months," said Reddy, adding that the sales from the Pfizer arrangement will be over and above this.