Mumbai: If you’ve used the Internet, there is a very good chance that you have used US-based content delivery network Akamai Technologies Inc.’s services. Founded in 1998 by then Massachusetts Institute of Technology (MIT) graduate student Daniel M. Lewin and MIT applied mathematics professor Tom Leighton, the company handles 25-30% of the world’s Internet traffic across 70 countries. Lewin was among those passengers who died when terrorists crashed an American Airlines plane into the World Trade Centre in New York in 2001. 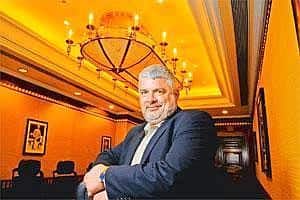 Country focus: Wheaton says India is a strategic market given the speed at which its connectivity is growing. (Abhijit Bhatlekar/Mint)

Bill Wheaton, its senior vice-president and general manager, heads the media division. Akamai caches content that is not generated in real time, and monitors the Internet at all times to select the best route for dynamic content in a speedier manner.

In an interview, Wheaton —who was in India to meet clients and visit his team at the Bangalore office—spoke about Akamai’s India plans and Internet trends. Edited excerpts:

How does Akamai help reduce congestion on the Internet?

The Internet is a network of networks. Networks come together and pass traffic. Tim Berners Lee suggested there would be a middle-mile problem and to avoid congestion, the content has to be moved to the edge where it could be multiplied and sent across to end users. We helped design the network that would be deployed on other networks. We help scale people’s websites and move the content closer to the end user and then move it across to multiple users. We do same thing for streaming media. Without our services, there would be lot of congestion.

Bill Wheaton of Akamai, talks about the company’s growth, the Indian market and their expansion plans for India

Isn’t that something that companies such as Google Inc. also do?

Indeed. But while Google does similar content delivery, we also are its technology partner for content delivery on Android devices, for instance. Our biggest competitors are larger corporations who attempt to do the content delivery themselves. They would find it easier to outsource content delivery to us since we have spent hours on designing specific products and have done years of research and developed sophisticated algorithms to help make content on the Internet accessible faster.

What does Akamai do in India?

We have 700 employees in Bangalore and they are critical to our success. Bangalore is an integral part of how we support our customers on a worldwide basis. We monitor and watch our network on a 24/7 basis. All the functions in our company are represented in Bangalore. I, for instance, run engineering for my media division from Bangalore and have a team of 90 engineers in my group. The team focuses on specific and strategic products. Our team of engineers has also built media analytics products.

In India, we work with various cricket bodies and leagues for streaming cricket. We also work with news organizations extensively and with financial services and large enterprises to scale their operations in business-to-business communications. We are also helping small businesses to benefit from cloud technologies.

Any plan to expand the Bangalore operations?

We will continue to hire more employees and grow our operations. As connectivity has improved and broadband grown, we have seen demand for our services grow exponentially. Our Bangalore office will help us scale our operations, and we will hire more engineers and sales people, and also open up offices in Mumbai followed by an office in New Delhi soon to scale our operations beyond Bangalore.

What trends do you see on the Internet?

It’s primarily hyper-connectivity. For instance, at the London Olympics in 2012, unlike the one held in 2008, you will see iPhones, tablets PCs, iPads and smartphones. People are connected and they will connect to the Internet from any device and watch events on any screen—be it smartphones, tablets or PCs. The consumers using these connected devices are young. We are also starting to see movie studios, news channels, sporting leagues putting up more and more content online.

Today, fewer than 1,000 of the 30,000 TV channels are online, and that is huge market opportunity for Akamai. Many people are watching video over IP (Internet protocol) and we bring a higher quality video experience.

One of my team’s missions is to build the next-generation broadcast network and the content will be supported on various devices. More and more people in India want connectivity, and broadband connectivity recently crossed the 10% threshold this quarter in India. As technology gets cheaper, and the number of smartphones available to people increases exponentially, it will allow many more people to participate.

This will change how people interact with each other and how they consume media. People will also be able to make small payments to access content while digital media companies will have access to a larger mass market.

The Internet is not a friendly area and, as documented by our State of the Internet report, attacks are rising and people are getting more aggressive. We at Akamai help in absorbing these attacks. At Akamai, we take privacy seriously. We do not store personal information about our customers on our network. We have a chief privacy officer who monitors laws and regulations in this area and helps companies comply with laws in this area.