On Friday, Union government-controlled Cochin port served a notice to Mercator giving the Mumbai-based firm 14 days to resume work. “If they don’t start work within 14 days, we will have to take a decision to terminate the contract with Mercator for non-performance," said G.P. Rai, chief engineer of Cochin port. 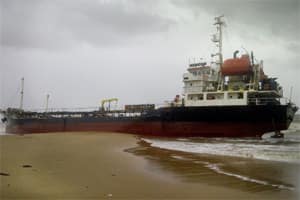 If Cochin terminates Mercator’s contract, it will have to find another contractor to complete the rest of the work. But the port’s options are limited with even the state-run Dredging Corp. of India Ltd facing a shortage of dredgers to take up work. Dredgers are specialized ships that are used to deepen the channels of ports and harbours.

A container trans-shipment terminal such as the one developed at Vallarpadam acts like a hub, into which smaller feeder vessels bring in cargo which then gets loaded onto larger ships and are taken to final destinations.

Larger vessels bring about economies of scale, and lower cost of operations for the shipping lines, which then translates into lower freight rates.

Because of depth restrictions, bigger container ships cannot call directly at many of India’s ports that handle container cargo.

The Vallarpadam ICTT was designed to cut India’s dependence on neighbouring hub ports such as Colombo in Sri Lanka, Singapore, Salalah and Jebel Ali in Dubai, Tanjung Pelepas and Port Klang in Malaysia to send and receive container cargo, thus saving time and costs for exporters and importers. The facility with a capacity to handle one million standard containers a year was opened in February 2011. It loaded 337,053 standard containers in the year ended 31 March.

“In today’s shipping market, where freight rates have fallen by as much as 45% over the last three years, the only way to attract a mainline service is to make it conducive for larger ships to call at the ICTT," said a spokesman for the Container Shipping Lines Association, an industry lobby. “But if you don’t give a good draft (depth), there is no point in inviting bigger container ships to start services from ICTT."

Cochin port is contractually bound to give a depth of 16 metres to DP World to help the firm bring bigger ships to the ICTT.

The ₹ 525 crore channel deepening work, funded entirely by the government, was scheduled to be completed by October 2010.

On 1 April 2011, the port cancelled the dredging contract originally given to Gujarat-based Jaisu Shipping Co. Pvt. Ltd in 2008 after the firm slipped on the completion schedule even after being given repeated extensions and then abandoned work.

Cochin then hired Mercator on 8 May 2011 to undertake the balance work that entailed removing some 2 million cubic metres of silt and sand from the ocean bed at a cost of ₹ 60.8 crore. Mercator was given four months (till 7 September 2011) to complete the work, but was granted an extension of eight months to finish the task.

Cochin port says that Mercator could not complete half of the targeted work even a year after it started. Mercator has contested this claim. “We have already done 3-4 times that quantity (of 2 million cubic metres). We have spent more than the contract value already," the Mercator spokesperson said.

“They may say anything; but according to our mode of measurement, Mercator has done 1.1 million cubic metres only," said Cochin port’s Rai.

“Cochin port is prone to heavy siltation and requires dredging throughout the year to maintain its depth," said an executive at a Bangalore-based dredging consultant. “If the dredging is stopped, silt will start accumulating which will have an impact on the ships calling at ICTT," he said on condition of anonymity.

Without a dredging contractor, the depth cannot be maintained at ICTT, posing a danger to the navigation of container ships, he said.