New Delhi: Power producer NTPC’s 7 million tonnes per annum (mtpa) coal mining project in Orissa has been recommended for green clearance, but with certain riders, by a committee of environment ministry. 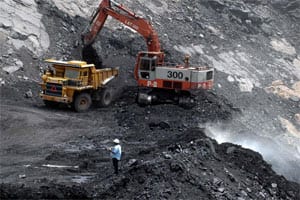 The decision was taken in the meeting of Expert Appraisal Committee held recently.

The conditions include submission of R&R (resettlement and rehabilitation) and action plans to environment ministry and an integrated calendar plan of production, among others.

“The committee desired that data available with the Rajiv Gandhi National Drinking Water Mission, department of rural development may be studied and recommendations therein for removal/treatment of fluorides, TDS, etc, in drinking water be followed for providing safe drinking water to R&R colony and to the nearby villages," sources added.

The ministry of power had in June last year requested the environment ministry to take the coal block out from the list of the projects falling in the ‘no-go´ mining zone.

The coal ministry in October 2010 had also issued a notice to NTPC for inordinate delays in development of block, asking it to explain delays in developing coal blocks allotted to it or face “action".