Discount retailer Vishal Retail Ltd slipped deeper into losses for the fiscal ended 31 March, which mounted four-and-a-half times to Rs414 crore compared with Rs94 crore a year ago, after writing off inventory worth Rs342 crore. 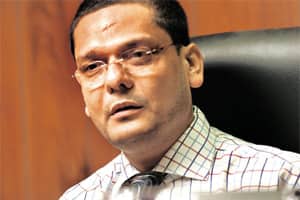 In fiscal 2009, the company had started identifying non-moving and slow-moving inventory at its stores and warehouses. Their write-off was reflected in the latest annual results, reported on Tuesday.

Founder and managing director R.C. Agarwal blamed the economic slowdown for his company’s poor performance, but said it will bounce back in the coming quarters.

Vishal Retail is in the midst of a corporate debt restructuring (CDR), seeking to reschedule Rs730 crore in debt from lenders that include State Bank of India, HDFC Bank Ltd and ING Vysya Bank Ltd. 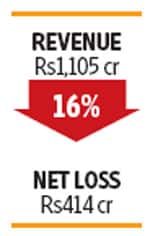 What made the earthquake in Turkey and Syria so deadly?

What should you think about Aswath Damodaran’s view on ...

The lenders have approved a proposal from US-based private equity firm TPG Capital Lp to take over the ailing retailer.

The Delhi high court last month barred Vishal Retail from selling its assets for the next six months. The court was hearing a winding up petition filed by Singapore’s DBS Bank Ltd to recover its dues from the firm. DBS Bank is not a part of the CDR process.

Vishal Retail is one of many organized retailers that expanded aggressively in the last several years and were severely hurt by an economic slowdown that prompted them to close stores, fire employees and scale down expansion amid shrinking consumer spending.

Agarwal said the company had undertaken “extraordinary" expansions, but added that it would return to Ebitda (earnings before interest, taxes, depreciation and amortization) profit a key measure of operating profitability in the coming quarters.