BPTP is planning to build five-star hotel on Noida property

BPTP is planning to build five-star hotel on Noida property

New Delhi: Real estate developer BPTP Ltd plans to build a five-star hotel on the land it retained after surrendering a commercial plot in the New Delhi suburb of Noida to the New Okhla Industrial Development Authority, or Noida. 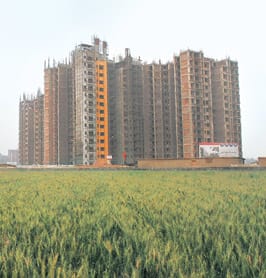 “The plan is to build the hotel before the Commonwealth Games (in 2010) to make use of the tax benefits," the official said. The deal is expected to be sewn up in two-three weeks.

While the official declined to name any hotel chain, an analyst at a brokerage firm said the company is believed to be in talks with chains such as Marriott International Inc., Radisson Hotels and Resorts, and Intercontinental Hotels and Resorts. The analyst didn’t want to be named.

In March 2007, BPTP won a bid for a 95-acre commercial plot in Sector 94 of Noida, beating rivals including DLF Ltd and Omaxe Ltd. In February this year, because of a financial crunch, the company surrendered the land to Noida, retaining the portion it had already paid for.

BPTP, which had paid about Rs1,300 crore, applied to Noida for retaining about 25% of the land.

BPTP now owns 21.7 acres of land. In the first phase, the company plans to develop 6 acres, which will include the hotel.

“We will invest around Rs600 crore in the first phase of the project," the company official said. He did not say how the company planned to raise funds for the project.