Mumbai:Citibank NA has snapped a 13-year credit card alliance with Jet Airways (India) Ltd, India’s largest airline by passengers carried, and instead launched its own “airline agnostic" card to tap the growing number of air travellers in the country. 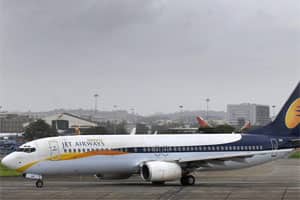 “We believe the industry going forward is airline agnostic. Data, facts and consumer behaviour shows us that. The airline industry has changed since we launched this card in 1999 and it was a mutual decision to end it," he said on Tuesday.

Selvakesari denied the decision was in any way linked to the problems in the airline industry. Airlines in India and across the world have been facing steep losses since the past three years because of rising jet fuel prices, airport charges and competition.

“This decision had nothing to do with the turbulence of the airline industry. Customers now want flexibility in redeeming their reward points with any airline because of the fragmentation in the industry. 50% of the airline market is dominated by low-cost carriers," Selvakesari said.

Jet Airways, a full-fledged airline that also runs a low-fare subsidiary JetLite, said in a separate statement that the decision was taken to cater to a larger number of customers.

“In order to cater to a growing travelling audience beyond the top cities, Jet Airways decided not to continue in an exclusive arrangement but work with more banks to serve the diverse needs of customers," Jet Airways said.

Citibank will launch a new airline credit card, called PremierMiles. It will charge customers ₹ 3,000 a year for the new cards, as against the ₹ 2,500-a-year fee for the Citi-Jet cards. Customers of the Citi-Jet cards will have to pay ₹ 1,000 to switch to the new cards, but will get credit points in the first year to adjust for their balance period.

The tie-up with Jet was one of the oldest Citibank had in India and its first co-branded airline card. The US lender’s oldest credit card tie-up in India, with Indian Oil Corp. Ltd that was launched in 1997, will continue. Selvakesari said this is because the co-branded credit card allows holders to buy 8 million items besides fuel, for which it was originally launched.

Citibank’s total outstanding credit cards have fallen to 2.2 million from 3.2 million in 2007, but it is trying to rebuild its consumer loan book after facing a difficult period when it recorded losses in its credit card and personal loan portfolios because of indiscriminate lending.

Kajal Gandhi, assistant vice-president at ICICIdirect.com, the retail broking arm of ICICI Securities Ltd, said Citibank’s move is a sign of banks wanting to expand their credit card businesses again after recovering from the 2008 credit crisis.

“In the last six months there has been a good uptick in credit card spends. Banks like HDFC Bank Ltd have earned good money and there have been no non-performing assets, so this could be the second cycle of credit card expansion in India," Gandhi said.

Selvakesari said Citibank is currently making profits in the credit card business. The bank does not reveal its individual business numbers but in fiscal 2010-11, Citi India earned a net profit of ₹ 1,859 crore, up 78%, mainly due to an increase in loans to corporate clients and small and medium enterprises. Its latest India numbers will be released next month.

Citibank claims to have a 20% share in the local credit card market, with payments through cards increasing at an annual rate of 28%.