Hong Kong: ZTE Corp, the world’s No.4 handset maker, said on Tuesday that it expects its global smartphone shipments to at least double this year as it seeks to boost margins in the competitive sector, and plans to launch Windows-based smartphones in China later this year. 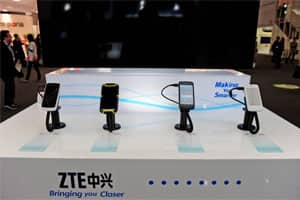 Lv said ZTE’s smartphone shipments had far exceeded a target of 12 million last year as the Shenzhen-based company shifted to higher end smartphones from churning out feature phones in an effort to boost profit margins.

ZTE, which is also China’s No.2 telecommunications equipment maker, competes with domestic companies such as Huawei Technologies Co Ltd and global names such as Nokia Oyj and Samsung Electronics Co Ltd in mobile phones and tablet PCs.

ZTE was the fourth-largest mobile phone maker in the third quarter, according to IDC, ABI Research and Strategy Analytics. But it was ranked by research firm Gartner as the fifth-largest handset maker, with a 3.2% market share, far behind Nokia, Samsung, LG Electronics Inc and Apple Inc.

Almost all of ZTE’s smartphones are powered by Google Inc’s Android operating system, although the company aims to introduce smartphones running Microsoft Corp’s Windows in its home market China by no later than the third quarter.

It launched Windows smartphones in the United States in the second half of last year.