Thanks for Visiting Mint
You seem to have an Ad Blocker on. Please turn it off in order to continue, or whitelist Mint
HOW TO TURN OFF AD BLOCKER
OR
REFRESH IF YOU ALREADY TURNED OFF THE AD BLOCKER
Home >Companies >Govt approves Jet, Lufthansa strategic alliance

New Delhi: The civil aviation ministry has approved a strategic alliance between Jet Airways (India) Ltd, the country’s largest airline by passengers carried, and Deutsche Lufthansa AG that will enable them to sell seats across each other’s networks, in the process pushing state-owned Air India deeper into the red.

The blanket approval for the code-sharing arrangement between Jet and the German airline could be a step towards the Indian carrier joining Star Alliance, the world’s largest airline network.

Code sharing is an agreement between two airlines that allows each to book seats on the other’s flights as it would on its own. 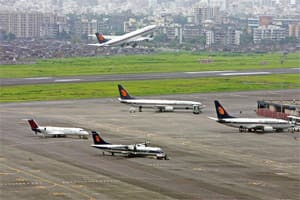 Teaming up: Jet Airways wants to cover almost the entire Lufthansa network in Europe and North America, and other routes. In return, Lufthansa will be able to book seats on Jet’s domestic flights. Photo: Hindustan Times

“This will help them expand their market. We have granted them in-principle approval for it this week," said a aviation ministry official, who declined to be named.

Lufthansa had mentored Air India to join Star Alliance, which has since denied entry to the government-owned carrier on grounds that it hadn’t met some membership conditions, Mint reported on 2 August. Air India had rejected these claims.

Jet Airways chairman Naresh Goyal and Star Alliance’s chief executive officer Mark Schwab had met earlier this year to discuss plans for Jet to join the network; Jet applied to the aviation ministry on 16 July seeking approval to join the club, which would make it the partner of choice for other members of the alliance flying to India.

Teaming up with Lufthansa could ease Jet’s entry into Star Alliance.

The aviation ministry, as per standard protocol, sought Air India’s views on Jet Airways’ request to co-opt Lufthansa. Air India “strongly opposed" the move, an official at the flag carrier said on condition of anonymity.

“It’s miserable to see what is being done," the Air India official said.

Air India, in an estimate to the ministry, said it risked losing ₹ 92 crore annually on just one single route—Mumbai-Munich—as a result of the code sharing between Jet Airways and Lufthansa. The approval covers several dozen more routes.

Steve Forte, a former Jet Airways chief executive officer, said a blanket code sharing arrangement could mean Jet was preparing to sell a stake to a foreign airline when the Indian government changes rules to allow it. At present, Indian rules permit foreign investment of up to 49% in domestic carriers, provided the investor isn’t an airline.

“Perhaps Jet is getting ready for foreign participation, particularly in view of Goyal’s reversal on his previous position of being against it," Forte said adding, “Whatever the reason, both airlines can advertise a larger network and it should be somewhat detrimental to Air India."

Jet will be able to attract more passengers to its domestic network if it decides to fly to European points such as Munich and Frankfurt from places such as Hyderabad and Bangalore and could even relocate its existing European hub from Brussels to the Lufthansa-fed Munich or Frankfurt, said a foreign airline executive who asked not to be identified.

For Lufthansa, the code sharing means taking on Emirates, this executive said.

“You have to look at who Lufthansa fears...who is threatening to eat their lunch? The answer is, of course, the Middle-Eastern carriers," this executive said, adding that Lufthansa has realized that it can’t serve all the destinations that Emirates serves profitably.

The executive explained that the German airlines flights to Hyderabad and Kolkata have failed. Emirates, Etihad, Qatar Airways and Turkish Airlines together fly to 85 cities in Europe, this person explained. “That is obviously very unsettling for a large European carrier."