Mumbai: The Pune-based diversified finance company Bajaj Finserv will be raising ₹ 1,000 crore by December primarily to participate in the proposed capital raising plan of its non-bank lending subsidiary, a top official has said.

“We will be raising ₹ 1,000 crore before the end of the third quarter," Managing Director Sanjiv Bajaj told PTI. The money will be raised through a rights issue, he said adding the board has approved the proposed issue at its meeting on Tuesday. 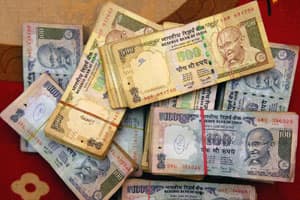 The listed Bajaj Finance is targeting to raise up to ₹ 750 crore in the last quarter of this fiscal but is yet to firm up its mind on the route to be taken.

Bajaj also declined to comment on the route to be taken by the subsidiary.

Tuesday, Bajaj Finserv reported a 51% spike in consolidated net in the June quarter to ₹ 195 crore on the back of a healthy 53% jump in Bajaj Finance’s net to ₹ 139 crore.

When asked if the company will contemplate taking its life insurance vertical public once regulatory clarity comes in, Bajaj replied in the negative, saying such a move is not on the cards as the company is well capitalised.