We are working on small engines suited for countries like India

We are working on small engines suited for countries like India

Mumbai: The Hyundai Kia Automotive Group, the world’s fifth largest auto maker by sales, is upping the ante in the small-car market, where it already has a strong presence. Woong-chul Yang, president of research and development at Hyundai Kia, spoke in an interview on the sidelines of the Auto Expo in January and in subsequent emails about the new engines the conglomerate is developing that would be even smaller than its popular Santro model, and the role its Hyderabad R&D centre will play in it. Edited excerpts:

This is the first time Hyundai will be designing a car smaller than the Santro for the Indian market. With many launches crowding the segment, how do you plan to go about this differently? 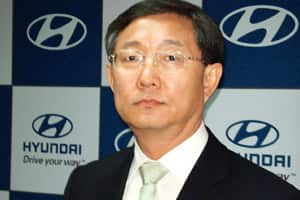 How critical will be the role played by the company’s R&D centre in Hyderabad in Hyundai’s product development plans?

Hyderabad R&D is crucial to Hyundai Kia’s operations. It will have around 800-1,000 employees who will support all our R&D operations at Namyang (at the company’s headquarters in South Korea). They will help with CAD (computer-aided design) and CAE (computer-aided engineering) operations, and will assist in various developmental work. It will have some Korean engineers and there will be constant interaction between R&D in Namyang and Hyderabad centres and they will work together for any development of future models.

As of now, all future cars will be developed in Korea. We have full facilities in Namyang, like wind-tunnel testing and all component developing facilities, so cars will be designed there. But Hyderabad R&D will provide important inputs and participate actively in developing the future models. For example, they may work on a particular aspect of the development like the powertrain (the system that transfers power from the engine to the wheels in an automobile) or suspension. This is how we work globally. Inputs are taken from all centres, then the design work happens in one of the design studios and all developmental work in Namyang.

How has Hyundai addressed the quality and design of its cars and what improvements are still possible?

We have considerably improved our quality and design and today we are leaders in many technologies and in design. We worked on many things like powertrains, for example, and it took us a while to get to the levels of today, but today we have one of the best powertrains. We are constantly working and trying to improve all our products.

What next big engine innovation do we see from Hyundai for the Indian market after the Kappa engines that power the i10 and i20 models?

We are working on many new engines and some of our engines like the Tau, which powers the Genesis, has been voted as the Ward Engine of the Year (Ward’s AutoWorld is an automobile trade magazine).

We are also working on smaller engines which would be best suited for countries like India, so you can expect new engines with the latest technology which will make them optimum for performance as well as fuel efficiency.

Compared with its global rivals, Hyundai has been slow in developing hybrid and electric vehicle technology. How does it plan to address this part of the market that is gaining in importance?

Hybrids and electrics are very important for the future. As you have seen here in the New Delhi Auto Expo, we have developed a fully working i10 electric vehicle. This we intend to further develop and hopefully introduce in the Korean market at some later time.