Thanks for Visiting Mint
You seem to have an Ad Blocker on. Please turn it off in order to continue, or whitelist Mint
HOW TO TURN OFF AD BLOCKER
OR
REFRESH IF YOU ALREADY TURNED OFF THE AD BLOCKER
Home >Companies >Novo likely to launch survey on young diabetics in Nov

Novo likely to launch survey on young diabetics in Nov

Novo likely to launch survey on young diabetics in Nov 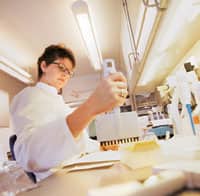 Finding reasons: A technician at Novo Nordisk. The company plans a nationwide survey to understand the attitudes towards diabetes. John McConnico / Bloomberg

Diabetes is one of the fastest growing diseases in India and there are at least a dozen drug makers, foreign and local, focusing on this market. Pfizer Inc., Eli Lilly and Co., Wockhardt Ltd and Biocon Ltd, for instance, have lined up new launches in the oral drug and insulin market.

Collecting data on young diabetics who have the disease but have not been exposed to any medical investigation will be the first phase of the Novo programme. The current Indian diabetic population is estimated to be about 40.5 million, according to statistics available from hospitals and medical practitioners based on reported cases, and compiled by International Diabetes Federation or IDF. This is likely to be double by 2015.

“Since diabetes is a disease which a patient may not be even aware of at the young (age), (it) often surfaces with other complications triggered by early diabetes. So detecting the disease or collection of this data is very important to manage this disease in countries like India," says Andre M.J. Gomes, head of corporate communications at Novo Nordisk India Pvt. Ltd, the Indian arm of the Danish company.

The company plans a nationwide survey to understand the social stigma linked to diabetes and the lifestyle and food habits leading to the disease. It will also conduct free blood sugar check-up camps.

According to Gomes, the disease becomes complicated by the time a patient reaches 30-35 years, and critical socio-psychological issues tend to emerge.

“Analysing the second aspect is more important while managing the disease early," he added.

Novo had started an online education programme three years ago but Dawn Youth was launched worldwide in November in collaboration with IDF and International Society for Paediatric and Adolescent Diabetics. It has covered at least 20 countries, including Brazil, Japan, South Africa, the US, UK, Denmark, Italy, Netherlands and Germany.