New York: BP Plc is in talks to sell some of its Gulf of Mexico offshore oil fields to Plains Exploration and Production Co. for roughly $7 billion, a person familiar with the matter said on Sunday, as the UK oil firm looks to raise money to pay for damages from the 2010 oil spill. 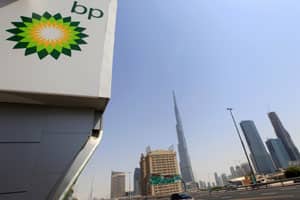 BP said in May that it was looking to sell a number of mature fields in the Gulf of Mexico, including its positions in the Marlin, Horn Mountain, Holstein, Ram Powell, and Diana Hoover fields.

A deal would be transformational for Houston-based independent oil explorer and producer, Plains, which had a market capitalization of $5.2 billion as of Friday. The company already has assets in the Gulf, as well as in California, Texas, Louisiana, and the Gulf of Mexico.

The Wall Street Journal, which earlier reported news of the talks, said a deal could be announced as soon as this week.

The source, who declined to elaborate on the timing of a potential deal, cautioned that the companies were in continuing discussions and talks could still fall apart.

Another person familiar with the matter said that BP has been shopping the Gulf of Mexico offshore oil fields to potential buyers.

The sources asked not to be named because the matter was not public. Representatives for BP and Plains Exploration were not immediately available for comment on Sunday.

BP has been selling off other assets to help pay for the spill. The 20 April 2010 explosion of the Deepwater Horizon drilling rig killed 11 workers and triggered the largest US offshore oil spill from the ruptured Macondo well, in which BP held a 65% stake. Reuters