RBI has written to SBI and other lenders to Air India to hold a meeting on Monday to discuss the plan, said a top government official familiar with the matter. RBI’s communication has also been sent to the finance and aviation ministries.

“It’s a very good beginning," said the official, who did not want to be named. “RBI has opened the doors for Air India with some special provisions and concessions within the regulatory framework." The process of financial restructuring will take about four months to implement and will come with several riders, including a condition seeking a firm government commitment to infuse fresh equity into the airline, with a first instalment of ₹ 6,850 crore. The banks will ease the terms of working capital and aircraft purchase loans given to Air India.

Air India has received a total of ₹ 3,200 crore in equity infusions over three years. The airline has a short-term debt of ₹ 27,000 crore. In addition, it has borrowed ₹ 42,000 crore to buy aircraft.

The GoM had sought the views of RBI before the government signs off on the plan to bail out the flag carrier.

The plan envisaged a ₹ 20,000 crore debt recast and selling and leasing back the first 14 of the 27 Dreamliner 787 aircraft from Boeing Co. meant to join its fleet by 2014 to keep them off the airline’s balance sheet. 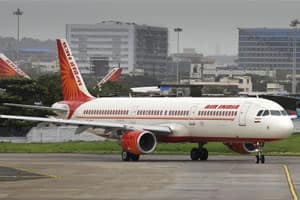 Once all the banks have approved the financial plan, said the government official quoted above, the Union cabinet will give its final approval.

The cabinet will also decide on the purchase of the Dreamliner aircraft, the first of which is scheduled to be delivered next month. Air India has not communicated its stand on the purchase to Boeing. The aviation ministry wants the cabinet to sign off again on the purchase worth over $3 billion, first approved in 2006.

Separately, aviation minister Ravi told Air India employees in a speech on Thursday evening that he plans “to implement the guidelines of the GoM and its turnaround plan to bring back the old glory of Air India."

“My thinking, my decision is to get Air India out of the present situation and only you can do that. Your result would help to pay your salaries and to repay the debts," he said alongside aviation secretary Nasim Zaidi and Air India chairman and managing director Rohit Nandan. “I appeal to all of you to see that Air India provides the best service, on-time performance and best connections."

RBI had earlier this year approved a financial restructuring plan for Kingfisher, as a result of which banks now own 23% of the carrier.