Francisco D’Souza has sixth highest approval ratings, according to a global survey of employees by Glassdoor 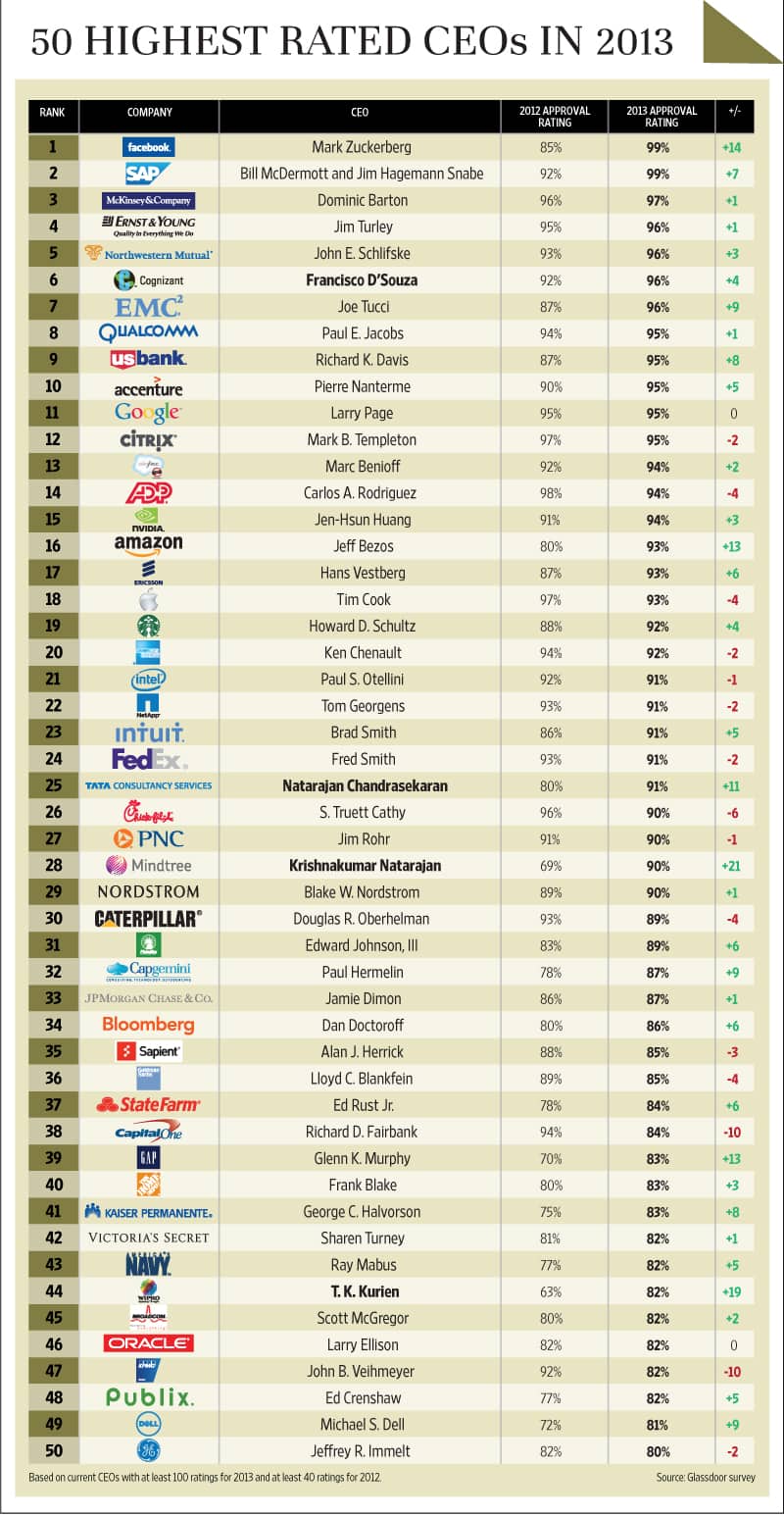 The survey asked employees to state whether they approved of the way their CEO leads the company and, while the number of respondents varied per company, more than half a million reviews were submitted to Glassdoor over the past 12 months. According to its website, rating and rank in the list was determined using the average approval rating a CEO received between 25 February 2012 and 24 February 2013.

“The CEOs who are most successful in gaining employee approval are those who paint a clear vision of what the company is setting out to achieve and how it’s going to get there," said Robert Hohman, Glassdoor CEO and co-founder, in a media release. “To be recognized by your employees as a strong leader also comes as a result of having a solid company culture that helps employees foster the skills necessary to move business forward and meet the needs of customers."

The rankings of the top executives of the Indian software exporters largely reflected company performance.

Cognizant and TCS, widely seen as the new flag bearers of the Indian IT services sector, have consistently beaten estimates set by the National Association of Software and Services Companies (Nasscom) lobby group over the past two years and outstripped the likes of former sector bellwether and India’s second-largest software exporter Infosys and Wipro.

Cognizant has also not missed its quarterly guidance in the last decade. It has always outperformed this unlike its Indian peers who have seen a string of misses in both constant currency and reported currency. It is also the only consulting and IT services company to give both full-year guidance and quarterly guidance, apart from Accenture, which provides it in local currency.

Last week, Cognizant said it would pay 80-100% bonuses to most of its employees, while top performers in the company would receive bonuses in the range of 120-145%. The company has forecast revenue growth of 17% for 2013, ahead of Nasscom’s expectations of 12-14% growth in exports for FY14.

India’s third-largest software services exporter Wipro Ltd, on the other hand, had a relatively modest quarter in comparison, posting a drop in volumes, despite results being ahead of markets expectations.