“It represents an increase of $3 billion beyond what we had previously committed to investing in this market," Kent told reporters in New Delhi on Tuesday. This was Kent’s first visit to the country since he became the chief executive in 2008 and chairman in 2009. 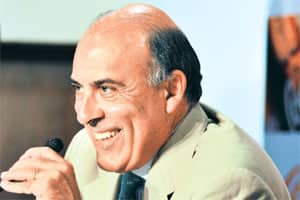 The $5 billion investment will be used to upgrade bottling lines, distribution, marketing and logistics. “These will be investments across the value chain to capture the opportunity", said Atul Singh, president and chief executive of Coca-Cola India and South west Asia.

Coca-Cola India, which currently ranks seventh worldwide in terms of volume, aspires to be among the top five nations by volume, said Kent, the 60-year-old chief executive of Turkish origin. Kent had spent three years studying at the American School in New Delhi in the early 1960s.

India’s demography, the large teenage population, urbanization, changing lifestyles and growing economy will be “huge drivers of growth" for the company, Kent said. Besides, the low per capita consumption of Coca-Cola products in the country also holds promise. Compared with the global consumption average of 92 bottles a year, Indians consume only 12 bottles a year, he said. “All of which explains, why we believe this business has near limitless growth potential." Coca-Cola will invest $30 billion globally in the next five years to “continue growth", Kent said. Slowdown in the developed or emerging economies such as India and China does not disconcert him. “India is targeted to be in the top five markets for Coca-Cola globally and that will happen. I think it is wrong for all of us to just say that the world is slowing down and China and India are slowing down. Don’t forget that there is a law of numbers and as you go up, the options just get thinner. That’s the law of gravity and so what was produced in terms of incremental gross domestic product 10 years ago was a 10% growth and what is being created today at 6% growth is a much bigger number," Kent said.

Sustainable growth is more important than growth that cannot be sustained, Kent said, adding that there were some issues with the world economy. Still, he said, the world was also a better place than it was 30-40 years ago with much longer life-spans, better well-being, cooperation among countries and a growing middle class.