Thanks for Visiting Mint
You seem to have an Ad Blocker on. Please turn it off in order to continue, or whitelist Mint
HOW TO TURN OFF AD BLOCKER
OR
REFRESH IF YOU ALREADY TURNED OFF THE AD BLOCKER
Home >Companies >Siva Group won&#8217;t re-apply for spectrum

Chennai: The Siva Group doesn’t plan to re-apply for telecom spectrum after all six of unit S-Tel Pvt. Ltd’s licences were cancelled by the Supreme Court in February, following allegations of wrongdoing in the allocation of air waves.

“The cancellation of S-Tel’s licences was a big shock for us," said V. Srinivasan, chief executive officer of the group that posted more than $3 billion in annual revenue in the fiscal year to March 2012. “We are not looking at applying for new licences." 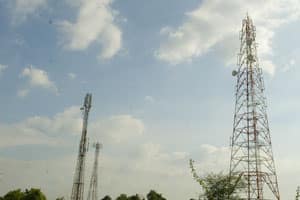 The Siva Group was set up by non-resident Indian entrepreneur C. Sivasankaran, who first made headlines in the 1980s with his low-cost Sterling computers. The group, which is known for buying company stakes low and selling them high, has interests in realty, shipping, energy and agricultural exports.

Sivasankaran has been involved in telecom for nearly two decades. About 15 years ago, he launched Aircel, which he then sold to a combine of Malaysia-based Maxis Group and a company promoted by the Reddy family connected with the Apollo Hospitals group.

An analyst said that companies may be wary about bidding for the telecom licences because of the uncertainty regarding policy.

“I think from a market perspective there is a lot of opportunity, but the regulation has to be more certain and predictable so that companies can take a long-term look," said Prashant Singhal, leader of accounting and consulting firm Ernst and Young’s telecom practice in India. “We don’t know when the auctions will happen or what will happen to incumbent operators."

Srinivasan also said that he expects the Chennai-based group’s shipping business to be just about profitable this fiscal year, while seeing strength in its wind-turbine generator business.

The shipping business has also been buffeted by the debt crisis in Europe.

“Europe has been soft and there’s been excess supply of ships. This year, if you are in black that’s good enough," Srinivasan said.

Revenue at the windpower-focused business, WinWinD, look set to double to 600 crore this fiscal year.

Srinivasan added that the company’s $200 million investment in palm oil projects in Africa will bear fruit in 2015 when the business becomes operational.