New Delhi: Connie Hedegaard, European Union climate action commissioner, was in New Delhi to hold talks with India on climate change and a controversial carbon emissions levy the EU has introduced from 1 January on airlines operating in the continent. The move is being fiercely opposed by the international community led by India. In an interview, Hedegaard ruled out any immediate action on airlines disobeying the law and said if there was political will, the matter could be resolved before the spring 2013 deadline. Edited excerpts:

The European Union’s climate action commissioner, Connie Hedegaard, talks about the EU’s proposed carbon tax on airlines and why she believes other countries shouldn’t fear it

Environment minister Jayanthi Natarajan had written to you on 28 December seeking a reversal of this law or a postponement. What’s your reply? 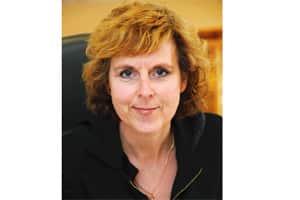 What is basically at stake is the polluters pay principle. If I can afford to buy a ticket for a plane ride from Delhi to Brussels, then I should also be able to pay for my pollution. Who else should do that? Should those that never have a chance to sit on such a plane do it? It must be fair that those of us who buy this ticket also buy the cost of the pollution caused by that travelling. I have seen the wildest estimates of how big the costs are (of Europe’s emissions trading scheme, or ETS). If we take this example Delhi-Brussels—we are talking about a couple of dollars—$2 maybe; that’s the proportion we can discuss if its $3 or $1.5, but I mean that’s the proportion, and everyone who knows a plane ticket cost would know its tiny money.

India, China, the US, Brazil and other nations seem to have come together to oppose the EU’s levy. How do you see this?

We have a very important provision in our legislation saying that we are obviously not dictating anybody what they want to do in their countries. But we say if you have equivalent measures then you can be exempted when you land in Europe. So this is the kind of dialogue we are having with many different countries, if they are planning to do something for their own purpose and if it’s done in a sensible manner, it could mean they are exempted from what we are doing. I understand why you ask the question. Because what we are talking about here is not even as much as a levy for landing in Delhi airport. So in the example of Delhi-Brussels, why is it that a problem because you already have a tax when people land or depart from Delhi. Why is it okay to pay for airport (taxes) and its okay to pay for your tickets, the only thing that is not okay to pay is for your pollution.

India has already told its airlines not to submit any emissions data to the EU. How long would you wait before taking action against Indian airlines?

I think there is still some room for that because it is not until spring of 2013 that is sort of the final deadline (when airlines need to pay). Again, if the political will is there, then there would be time enough (to find a solution).

So you are saying that there will be no action on Indian airlines till then?

If US passes a law that bars its airlines from paying any levy to EU under ETS, how would you react?

I can only say that I will see before I believe it. Because it is a bit strange if the legislative assembly in one country vote and agree that the citizen should not follow what legislative authorities in another country has done. I mean that’s not the way we deal with things in the global world in the 21st century. We abide by American laws, we abide Indian laws. I think its natural that others abide by our laws.

Do you see an imminent trade war with the US, China and India?

No. Basically what I can see, so far, is that different airlines have complied with different information that we ask from them. I saw, for instance, American Airlines saying we do not like this law but we will abide with it under protest. Let’s see. We should also take care not to make too much drama out of it.