New Delhi: Sounding a warning bell, private power producer Lanco has told the government that any further reduction in natural gas supplies from Reliance Industries’ KG-D6 gas fields would lead to shutting down of power plants. 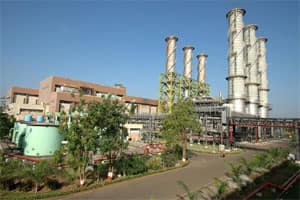 The plants, which are currently operating at less than 38% of their capacity because of the supply reduction, may face further cuts in fuel as government squeezes-in Delhi’s Pragati Power Plant and others as KG-D6 customers.

Lanco last week wrote to Pulok Chatterji, principal secretary to the Prime Minister, saying it was neither technically nor financial viable for plants to operate at such low Plant Load Factor (PLF) or capacity and will shut down if there was any further cut in supplies.

Delhi government wants 0.93 mmscmd of gas for Pragati Power, which had missed the bus previously because the project was delayed.

Lanco said the government was contemplating according higher priority to Ratnagiri Power Project in Maharashtra and Pragati Power project at par with fertiliser projects which would mean that pro-rata reduction will not be applied to these projects.

“In such a situation, the gas supplies to other power projects will reduce to 20-25% level forcing them to shut down the power plants," Lanco chief operating officer Rakesh Kumar Gupta wrote on 15 May.

While the KG-D6 gas supplies dropped, the pro-rata cut was applied only to the 25 power plants which had an original allocation of 28.90 mmscmd. Fertiliser plants, which were allocated about 15 mmscmd of KG-D6 gas, did not face such a cut. And now the government is contemplating giving Pragati Power and Ratnagiri Power the same status as fertiliser.

Ratnagiri Gas and Power Pvt Ltd, which operates the Dabhol power plant, has an allocation of 7.6 mmscmd from KG-D6.

Lanco said the government had allocated gas from RIL’s KG-D6 fields to power plant equivalent to their 70-75% capacity (Plant Load Factor or PLF).

With dwindling output from KG-D6, “gas supplies to power projects have been reduced pro-rata to almost 50% of the allocated quantity," it said.

“As a result, power plants are forced to operate at low PLF of 35-38%, due to which the states are facing acute shortage of power,“ Lanco’s Gupta said, adding it was neither technically feasible nor financially viable for any plant to operate at 35-38% PLF.

“Now a situation has reached to such an alarming level that any further reduction in gas supply from RIL’s KG-D6 basin will force all the gas based plants... to shut down," Lanco wrote.

Power plants this month are getting about 15 mmscmd of gas as against allocation of 28.90 mmscmd. Fertiliser plants are getting 14.38 mmscmd out of the 32.66 mmscmd of KG-D6 output.