New Delhi: Reliance Venture Asset Management Ltd, a unit of the Anil Ambani-controlled Reliance Group, and Mumbai Angels, a business incubator, have sold their respective stakes of 45% and 5.5% in Hyderabad-based Dhama Apparel Innovations Pvt. Ltd to two other investors.

Reliance Venture and Mumbai Angels had invested an undisclosed sum in Dhama, which makes speciality clothing for extreme climates, in mid-2009, but have exited at a time when Dhama is looking to diversify. 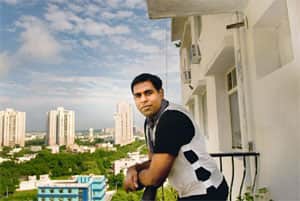 Shah said investors had sold their stakes for an undisclosed sum to a growth-stage fund and an institutional investor. “We saw a good opportunity to sell," said Sasha Mirchandani, who was the lead investor in the business from Mumbai Angels. “The IRR (internal rate of return on an investment within a fund’s portfolio) basis was good—there were no strategic issues as such."

Neither Shah nor Mirchandani revealed the names of the buyers, saying they were not authorized to do so.

Reliance Ventures and Mumbai Angels had co-invested in Dhama to capitalize on its founder and chief executive Kranthi Kiran Vistakula’s innovative clothing technology, patented in 2008, which is designed to keep the wearer warm or cool using rechargeable batteries. The prototypes for the design were incubated at the National Institute of Design.

The armies of India, the UK and the US are its biggest buyers, and the company has grown three times in valuation since it was founded three years ago.

Vistakula, a graduate of the Massachusetts Institute of Technology, US, raised the initial round of funding—before the entry of investors—through grants and soft loans from various organizations, including India’s government science and technology department.

Dhama is now widening its product range by adapting the heat regulating technology for retail buyers. Its latest offerings include dinner plates and coffee coasters. The firm is also testing medical products for five or six hospitals it plans to launch shortly, Vistakula said.

Dhama, which held 3,500 sq. ft of land on lease at the outset, plans to boost this to 10,000 sq. ft in three years. Vistakula said he has already secured leases.

“I don’t think we are over-reaching," said Vistakula. “We are looking, keeping in mind orders for the next three years."