London: Britain’s High Court has found the patent to be invalid on the extended-release version of Seroquel, AstraZeneca’s blockbuster antipsychotic, dealing a further blow to a highly profitable franchise. 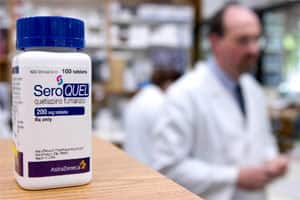 The setback comes as the original instant-release (IR) version of Seroquel faces generic competition in both the United States and Europe later this month.

AstraZeneca said it was “disappointed" with the decision, which is only binding in Britain, but added it was committed to defending the drug.

The High Court is the first to rule that the Seroquel XR (extended-release) formulation patent is invalid, AstraZeneca said, and the decision comes after the District Court in The Hague, the Netherlands, reached the opposite conclusion earlier this month.

The Anglo-Swedish company is fighting to protect the Seroquel franchise in multiple markets. Earlier this month it said it was suing the US Food and Drug Administration in a last-ditch attempt to stop generic versions of Seroquel IR.