While writing the report, what findings surprised you the most?

I think there were two aspects of the insights I was surprised by this year. One is how Indians think about themselves in relation to philanthropy. Even though I would posit that they were novices, I’d expected them to think of themselves as more experienced givers—and it’s because many Indians have been giving for many years. I was very surprised that eight out of every 10 those we interviewed and surveyed said that “I’m a novice to giving and I’d like to do more."

One striking aspect was around the hurdles to giving. I would have thought that the perception around the lack of accountability and transparency in NGOs would have been more or less static year over year. I’m surprised to see the drop, and I think there are two potential answers: one is that the situation is improving. The second is the more realistic answer—that folks know this is an issue. They know they have to do the due diligence and they are coping.

Your report found that nearly 78% of Indian families surveyed had at least one “young" family member (under 30) actively involved in philanthropic decision-making, as compared to only 14% of American families. What do you think is behind this stark contrast? 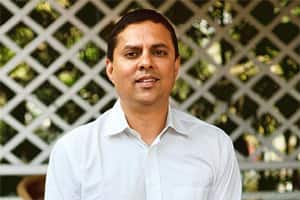 In India, we’re a young nation when it comes to wealth creation and to giving. The first and second generation of wealth creators have been focusing on building businesses and, therefore, creating wealth. And secondly, you think of Indian culture—we are a very family-oriented culture. The family unit means a lot—there’s more respect for elders, and they listen to their children. So it’s a natural outcome for novice givers—that they begin to take the views of their children and their younger relatives in mind in terms of where to give. It’s a natural thing.

Why do you think so many of India’s young wealthy individuals are becoming interested in philanthropy?

Most of the respondents came from families that created wealth in the past decade. My hypothesis is that if you are a young wealthy Indian, you are cognizant that you are a privileged individual. Everyday you look around and you see the poverty and need around you, and these younger givers know that the role of government is constrained by resources—there is only so much the government can do effectively. Part of it may also be cultural. The older members may not be that focused on philanthropy because they are focused on building their careers and businesses. The younger generation is often more educated—they may have been educated in the West—and they are influenced by that and all these factors come into play.

What does it mean for India’s philanthropic sector that many giving decisions are being driven by under-30s?

There are two significant things here. There’s the fact that young Indians are getting involved, and there’s the fact that eight out of 10 people are saying that “Yes, I’m a novice giver." What that means is philanthropic organizations need to spend more time nurturing givers, working with them, advising them and increasing their competence levels, as well as doing a lot more with regard to basic education and cultivation of a donor in India as compared with the US. Another thing I can tell you for sure is that more younger people than older people intend to increase their quantum of giving—so 57% say they’ll give more in the next 12 months versus 49% of older philanthropists. We also asked will your quantum of giving go up over the next five years: 66% said it would go up 10% or more in the next five years.