Kolkata: The Ruia Group, which controls tyre maker Dunlop India Ltd, on Tuesday proposed reopening the company’s Sahaganj factory in West Bengal with 57 people and employing 400 more in two phases. The firm has around 800 workers. 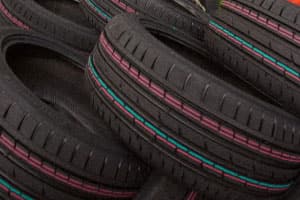 Workers cutting across politically affiliated trade unions have demanded a formal commitment from the Ruia Group to clear all dues as a precondition for supporting the move, said Purnendu Bose, the state’s labour minister.

In a goodwill gesture, Dunlop recently paid a month’s back wages. It still owes workers wages for three months.

The Ruia Group said it wished to reopen the Sahaganj factory ahead of 18 April—the day a division bench of the Calcutta high court is expected to hear Dunlop’s appeal against a judgement of the same court, appointing a liquidator to take control of the firm’s current assets and to reclaim those that it sold to subsidiaries five years ago.

Justice Sanjib Banerjee of the high court ruled on 26 March that Dunlop had illegitimately sold its prized properties across the country, including its 1-acre office in Mumbai’s Worli neighbourhood, to subsidiaries for shares issued by them at a premium of ₹ 990 each.

The liquidator was asked to immediately take control of the assets that Dunlop still owns and to initiate legal steps to regain control of those it sold in 2007.

“The management is in a hurry to reopen the (Sahaganj) factory… because it is trying to avoid the appointment of a liquidator," said Bitan Choudhury, general secretary of a Dunlop workers’ union backed by the Centre of Indian Trade Unions, or Citu, which is an arm of the Communist Party of India (Marxist), or CPM.

Though Dunlop’s legal challenge to Banerjee’s order was admitted by the appeals court, it didn’t stall the appointment of a liquidator. It ordered the liquidator to immediately prepare an inventory of the firm’s assets.

The Ruia Group is also lobbying the state government for an extension of protection from unsecured creditors for Dunlop under a state law, according to Bose.

But such relief will be granted only if the state government is convinced that Ruia wishes to run the factory, the minister said, adding that Dunlop’s workers aren’t immediately convinced that the chartered accountant-turned-acquirer of stressed assets has long term plans of reviving the company

In court filings, the state government had said that there was no commercial production at Dunlop’s Sahaganj factory under the Ruia Group’s management, and that it was opened from time to time only for maintenance.

For years, unsecured creditors couldn’t seek liquidation of Dunlop’s assets to recover their dues because of so-called relief undertaking status granted by the state government in the interest of its workers.

Some of these petitions were filed by companies to which Dunlop owed money even before the Ruia Group acquired majority control in the tyremaker in December 2005 from the late Manohar Rajaram Chhabria’s Jumbo Group.

A lawyer appearing for the unsecured creditors said it isn’t immediately clear whether the state government could, at this stage, grant Dunlop the relief undertaking status, but if it does, it will surely be challenged by the companies to which it owes money.

The lawyer did not want to be named.