Most of the planes so far designed in the country by HAL and the Defence Research and Development Organisation, or DRDO, are for military use.

National Aerospace Laboratories, or NAL, the state-run agency for civil aircraft design, was to choose between Mahindra Aerospace and L&T, which had been shortlisted as a manufacturing partner for Saras following a tender in February.

But IAF last month insisted that HAL should make the planes to replace its ageing fleet of German-designed Dornier aircraft, people familiar with the development said on condition of anonymity. HAL had backed out of the Saras project after initial work following differences with NAL. 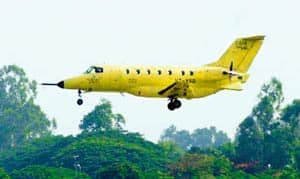 “IAF felt that the (private) industry partners (still) do not have the skills and infrastructure to integrate a full plane," said one scientist at NAL, who did not want to be identified. “They wanted one (manufacturing partner) who they were already comfortable with."

A Mahindra spokesman said Hemant Luthra, who heads the aerospace business, could not be reached for comment as he was out of the country. Mahindra Aerospace, which is jointly designing a five-seater passenger plane with NAL, is a unit of auto maker Mahindra and Mahindra Ltd.

“HAL being a defence (undertaking) has been identified by NAL to undertake production of Saras," said IAF spokesman S.M. Sharma in an email, but declined to say whether the air force had asked for HAL to make the plane.

Analysts say Indian private firms are handicapped by the lack of local aerospace infrastructure and knowledge, which they aim to gain by doing work farmed out to them by foreign vendors that win aircraft orders from state-run airlines and the military.

“Take any company in India, they still have to learn to integrate an aircraft. Added to this, it will take 36-48 months to build infrastructure," said Ratan Shrivastava, director for aerospace and defence at the India offices of research firm Frost and Sullivan. “They need support and a level playing field in (bigger) projects."

HAL, which would make the Saras planes at its transport aircraft division in Kanpur, would sign a pact with NAL soon, said an HAL executive who did not want to be named. The executive said private industry would be involved in manufacturing parts and systems, but HAL would be the assembler of the plane.

On 12 February, Mint had reported that NAL set the price of Saras at Rs39.4 crore once manufactured, making it the most expensive in its class.

The Saras plane, named after the Indian crane, is still under development—two prototypes are doing flight trials, while the third production-standard aircraft is being developed at NAL’s facility in Bangalore. The plane is expected to be certified by 2009.

NAL has designed a two-seater trainer—Hansa, or Swan —and is designing a 90-seater passenger plane, in which it plans to have private and foreign partners. NAL is also in talks with HAL to be the production partner for the bigger plane, the HAL executive said.