The Houston-based company has been looking to sell assets in a number of countries including Nigeria as part of a global restructuring. ConocoPhillips recently completed the spin-off of its refining activities into Phillips 66, a newly created independent US company. 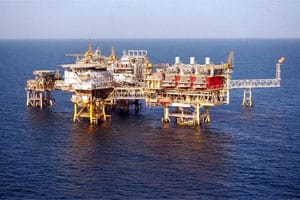 Asked whether ONGC Videsh Ltd, the overseas arm of ONGC, was interested in buying the assets, the source said: “It’s in the process. It is seriously looking at it."

The first round of bids is due soon and there is likely to be competition from other international parties, including possible Chinese interest, said the source.

Of the six projects offered, only Surmont, run in a joint venture with France’s Total SA, is producing oil. Located south of the oil sands hub of Fort McMurray, Alberta, the steam-driven development pumps about 25,000 barrels a day.

The other properties are the Thornbury, Clyden, Saleski, Crow Lake and McMillan Lake assets. The land totals 715,000 acres.