Sun Pharma pushes to expand reach beyond the US and Europe

Sun Pharma pushes to expand reach beyond the US and Europe

Mumbai: The country’s largest drugmaker by value, Sun Pharmaceutical Industries Ltd, is making a push to enter regions outside the US and Europe, the export markets that Indian pharma firms traditionally focus on.

The company took a beating in the US after its acquired subsidiary Caraco Pharmaceutical Laboratories Ltd was served with a non-compliance action by the US Food and Drug Administration in 2008.

It has now identified at least seven countries—Russia, China, Brazil, Mexico, Korea, South Africa and Japan—for the first phase of its new emerging markets initiative, said a company executive, who didn’t want to be identified. 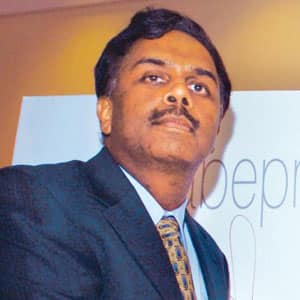 Sun Pharma currently gets nearly 9% of its total sales from these markets. Recently it acquired manufacturing facilities in Mexico and Brazil.

A spokesperson for Sun Pharma said the company’s new CEO S. Kalyanasundaram will take charge of the focus markets, apart from India. Kalyanasundaram, who was head of commercial excellence for Asia-Pacific at the world’s second largest drug maker GlaxoSmithkline Plc, joined Sun Pharma on 1 April. He was earlier managing director of GSK India.

“The local facilities in Mexico and Brazil are small and local market specific. There, the company will follow a mix of local production and exports from India as per the market dynamics," said the spokesperson. He didn’t give details of the investments made for these acquisitions.

“It is the need of the hour for Sun Pharmaceuticals to look at new markets as its recovery in US sales may take an indefinite time as Caraco faces serious compliance issues," said Ranjit Kapadia, vice president (institutional research), HDFC Securities Ltd.

Even otherwise, a geographical shift is imperative for Indian drug makers as even well-regarded markets in Europe are turning more price sensitive, said Kapadia. Margins from these markets are likely to shrink further, he added.

“Sun has not been there in many of these emerging markets till now," Kapadia said. “But it seems serious about these non-traditional markets now and the appointment of Kalyanasundaram as chief executive with charges of these markets will help a lot to strategize these businesses as he has so much of experience in these geographies."

This new strategy for Sun, which is fighting a legal battle to take over Israeli drug maker Taro Pharmaceutical Industries Ltd, is in line with changes in the world pharmaceutical market.

IMS Health had in 2006 predicted a shift away from countries such as the US, the UK, France, Germany, Italy, Spain and Canada to a set of “pharmerging" markets.

It had estimated that China, Brazil, Russia, India, Mexico and other such nations would represent 12% of the world drug market by 2011 and contribute close to 20% of global pharma growth by then.