Mumbai: The UK will “make it as easy as it can" for more Indian banks to open branches there as part of enhancing bilateral cooperation in financial sector, UK’s commercial secretary to treasury Sir James Sassoon said in a interview. 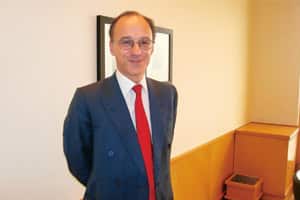 Sir James, a direct descendent of the Sassoon banking family which lived in Mumbai in the 19th century and ran a trading business across South Asia, is on his first visit to India after taking charge as commercial secretary.

According to him, at least 10 Indian banks want to open branches in the UK.

The Reserve Bank of India (RBI) has all along been emphasizing on “reciprocity" when it comes to allowing foreign banks to open branches in India. India is internationally committed to permit opening of 12 branches of foreign banks every year, but the banking regulator has been liberal in its approach to branch licensing of foreign banks.

Sir James will meet senior government and RBI officials later this week to discuss branch licensing of UK banks in India. Currently, 10 Indian banks have branches in the UK.

ICICI Bank Ltd, India’s largest private sector lender, has 11 branches, and State Bank of India (SBI), the largest lender, has seven branches. Other Indian banks that have presence in the UK include Bank of India, Bank of Baroda and Punjab National Bank.

“(Post-crisis), a lot of banks are getting on the front foot again and thinking about their strategies, particularly out of India. Now is a good time for us to re-examine our own approach to how banks enter the markets in UK... We know at least 10 banks at the moment who are thinking about opening up in London," Sir James said. He declined to name the banks or disclose the status of their applications.

“I will be talking to RBI for the road map of market opening in India and at the same time we are launching a new guide for Indian banks who are increasingly wanting to move into the UK to make it easy and drive Indian banks into UK," he said.

In 2004, RBI had drafted a road map for foreign banks in India. The regulator was slated to revisit the issue in 2009, but the collapse of US investment bank Lehman Brothers Holdings Inc. changed the scenario. RBI is expected to release a draft on foreign banks’ play in India later this month.

Indian banks operating in the UK primarily operate in areas such as trade financing, services to high networth individuals, and funding for merger and acquisition activities.

“The UK market is attractive for Indian oriented businesses with a larger Indian population. Having said that, 10-15 branches here and there are not too significant. ICICI Bank, SBI and Bank of India will continue to dominate among Indian banks there, while the new banks will try to move from wholesale to retail," said Vaibhav Agrawal, vice-president (research) at Angel Broking Ltd.

Sir James also plans to lobby with the government and RBI to raise the foreign investment limit in the Indian debt market from the current $20 billion (Rs93,000 crore). “Opening the debt market is a win-win for all sides, we need to have the debt capital flowing as freely as the equity capital is flowing," he said.

India does not allow foreign investors to invest more than $5 billion in government securities, while the limit for corporate bonds has been set at $15 billion.