Mumbai: In the fourth week of November, investment bank Avendus Capital Pvt. Ltd released a report restating its belief that e-commerce in India was poised for rapid growth. It was one of numerous reports to suggest e-commerce will boom with an increase in Internet users and online shoppers in the world’s second most populous nation. 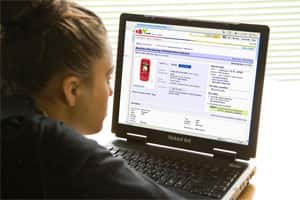 Discounted prices are what companies in the e-commerce space are playing on, Arora said. “It means burning cash, and we did not want to be a part of this game," said Arora. The Taggle management “is exploring other business ideas and may come up with a business plan next month, which will be related to online transactions in some way".

Mint’s Deepti Chaudhary talks about the challenges for e-commerce in India and the Taggle.com saga.

Taggle.com was one of the many sites that tried to tap the anticipated boom in the e-commerce market in India, estimated to be worth ₹ 19,688 crore in 2009 and expected to grow to nearly ₹ 50,000 crore by the end of December 2011, according to a report by First Data Corp. and ICICI Merchant Services.

Other mortalities in the space include Nammagroceries.com, which has stopped its groceries initiative. A message on its website says, “Temporarily suspending operations for three-four months." Others that have wound up are Harisabzi.com and Subzimandi.in, according to a BusinessWorld report. The two companies could not be reached by Mint despite repeated calls.

After the demise of Taggle.com, potential investors may be having second thoughts. US-based daily deals website Groupon.com, which entered India by acquiring Sosasta.com, has also seen a few top management exits, including that of Sosasta co-founders Ananya and Udayan Bubna.

Investors, too, were drawn by the promise held out by e-commerce. In 2010, for instance, there were 18 investments in e-commerce sites worth $112 million. This year, venture capitalists (VCs) and private equity (PE) investors have pumped $500 million into 67 deals—the highest number in any year till date, according to VCCEdge, an online tracker of investment activity.

“More e-commerce companies have been funded than are sustainable," says Ashish Gupta, managing director of Helion Venture Partners, which has invested in around half-a-dozen e-commerce businesses. “So you will see some starting to fall off the bandwagon."

There is another reason for the scepticism. In the online book retail category, for instance, Flipkart.com has raised more funding so far than any of its peers in the same space. Similarly, in the deals and discounts space, Snapdeal.com has raised more funding than others. With investors looking for differentiated models, the first round of funding will become increasingly difficult and there will be more instances of start-ups shutting shop, experts say.

They cite a concentration of VC and PE capital with only a few e-commerce category leaders and funding constraints confronting others in the same space.

“Not all 30 players in a segment can survive. There will be mortality like there is in other industries," said Aashish Bhinde, executive director (digital media and technology) at Avendus Capital.

The challenge will be to raise funds at the series-A or first-round level because not many differentiated models are surfacing and fewer are getting funded, Bhinde says.

“A large portion of funding will be taken up by category leaders. There could be a slowdown in the number of deals unless people come out with innovations," he adds.

It will not be a function of market dullness or of a perceived bubble, says Mahesh Murthy, founding partner of Seedfund.

The market will, in fact, grow disproportionately for the top two or three firms, while the rest simply will not be able to compete, he says.

“The problem is that investors have funded the fifth, sixth and in the case of the daily deals, the 78th company in the space in India. And in this case, eventually the last 75 companies will probably die."

Murthy says the VC community tends to have a “herd" mentality, and every firm wants to have in its portfolios at least one e-commerce company.

“This behaviour comes from a basic lack of entrepreneurial experience in India," he added.

Experts, however, are not yet ready to give up on e-commerce companies, though some naysayers say the pace of investments brings back the memory of dot-com bust of 1995-2000.

Srinath, though he agrees there has been a euphoria for e-commerce deals, refuses to accept that e-commerce in India is going the Internet bubble way.

The “last man standing" slogan has, meanwhile, become the survival mantra for start-ups, whose short-term goal is just to outlive competitors, even if it means burning cash from their coffers.

“It is a situation of winning through attrition," said Mohanjit Jolly, managing director of VC firm DFJ India.

E-commerce firms are focused on being the last three or four players alive in their category. “If one company has $20 million and another has $6 million, the one which has a larger corpus can burn more cash and survive for a longer time. When the one with lesser capital dies, it means one competitor less for the other one," Jolly said.

Also, companies that have more money in hand will have the time and the liberty to tweak their business models, if needed.

Avendus Capital also estimates that by 2015, online retail will be 1.4% of offline retail, compared with 0.2% today. A key driver of this growth will be broadband penetration, said Bhinde of Avendus. In mature markets, there has been a high degree of correlation between e-tailing growth and broadband penetration.

“We do believe consumers will start looking at convenience, familiarity, etc., over a period of time and will become channel/distributor/retailer loyal," says Babu of Greylock Advisors.

Of course, there are the sceptics. Jolly, for instance, cautions that all “numbers need to be taken with a grain of salt as these are based on buying trends, parallels with other economies, and are only directionally usefully as good indicators".