Mumbai: India’s airlines are axing ad spends while sharpening their advertisments to stay visible, as rising jet fuel prices force them to cut costs they consider as secondary. 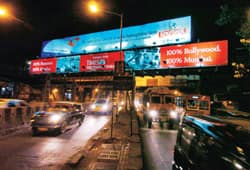 End of good times? Airline campaigns, such as the one above, face pruning, as rising jet fuel prices force domestic carriers to cut costs on fronts they consider secondary.

The carriers are also airing advertisements on regional channels that accounted for 33% of their ad volumes between January and May, largely because they have started luring customers in smaller cities, said a media analyst who didn’t want to be named. Lower media rates could also be a factor, he said.

Full-service airlines such as Jet Airways India Ltd, the country’s largest private sector carrier, are using similar methods to cut costs. A Jet Airways spokeswoman said the airline has not decided to reduce advertisement expenditure, but “we are reviewing ad spend in the changed scenario".

Domestic airlines, which are expected to lose $2 billion in the year to March, have in the past few months increased fares and fuel surcharges to offset spiralling jet fuel prices, which constitutes 45% of their operating costs.

“At a time like this, what we will see increasingly is full-service carriers using loyalty programmes as a means of retaining top-of-the-mind recall and for select incentivization," said Meenakshi Madhvani, managing partner at Spatial Access Media Solutions Pvt. Ltd. “Whenever there is a pressure on numbers, advertising spends are the first to go. What doesn’t get cut is the below-the-line ad spends, which are your promotions, etc."

“If you are clear that these (ad spends) are not an expense but are going towards building a real business asset, also known as the brand, the amount of pruning (of ad spends) is either nil or marginal," said Ramesh Thomas, president and chief knowledge officer at Equitor Management Consulting Pvt. Ltd. “So, those companies will look at increasing efficiency, rather than see it as a means of saving money for the bottom line, which can then go towards fuel costs."

In an emerging market, most companies do not see advertising spends as working towards building a business asset, but rather as a business expense, said Thomas.

“The reality in this market will be that companies will cut back on ad spends and brand managers will then scramble to do things cheaper, but nowhere will they (airlines) say they are willing to settle for low impact," Thomas said.

Jitender Bhargava, executive director of communications at state-run National Aviation Co. of India Ltd, said the airline cannot cut down its advertisement expenditure as it is still launching new routes.

“Therefore, we will judiciously spend money on advertisements," Bhargava said.