New Delhi: State-owned carrier Air India plans to hire an international consulting firm to give it a branding makeover for the October Commonwealth Games and help promote it together with the soon-to-be opened international terminal at the Delhi airport, two airline officials said.

The carrier, operated by National Aviation Co. of India Ltd, has shortlisted Australian brand consultant Cato Purnell Partners to help it in the exercise, said one of the two officials, neither of whom wanted to be named. 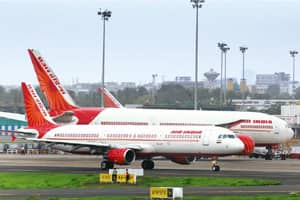 “We have lost out. It was high time we attained mileage out of it. Our intention is to get a firm which has experience in sports, airlines and airports branding globally," the airline official quoted above said.

The proposal is still under consideration. The hiring of the agency, which may cost as much as $1.6 million (Rs7.25 crore), has to be greenlighted by the newly constituted board of the national carrier, said the second Air India official. The board is trying to turn around an airline burdened by losses and debt.

If hired, the consultant would be charged with preparing a broad strategy on how to leverage the airline’s brand identity, put up signages and outdoor billboards and design the uniform of flight crew, among other tasks.

Air India, with at least 140 aircraft, also wants to co-brand itself with the under-construction Terminal T3 at the Indira Gandhi International Airport in New Delhi which is being expanded to meet Commonwealth Games traffic. The carrier also plans to start a dedicated lounge at the new terminal which it wants to turn into its Indian hub.

It’s not uncommon for airlines to leverage sporting events for branding. Qantas Airways Ltd was the official carrier for the 2006 Melbourne Commonwealth Games. Emirates sponsors a dozen such events including the Fifa World Cup. It’s also a sponsor of the Indian Premier League’s Kings XI Punjab team.

“Tie-ups like these promote airlines in markets they may not serve already—brand awareness is vitally important, even if you don’t serve a particular city," said Saj Ahmad, a London-based aviation analyst.

“But for airlines who operate into places where they have sports affiliations, this gives them unfettered access to a segment of the market associated with sport, not travel, and gives them the opportunity to spread the word about who they are and what they do," he said, citing the example of Etihad Airways, which gained visibility by sponsoring the Man City Football Club.

Future business in terms of revenue would depend on the carrier offering a truly satisfying experience to the travelling contingents.

“Tie-ups of this sort may fool the ordinary man/woman, but the savvy amongst us will avoid what essentially amounts to repainting old wooden decking," Ahmad said. “Partnerships need to deliver benefits—it’s no good if it’s just between the airline and the host event: people need to get something out of it too."

Air India signed on in October as the official airline partner of the New Delhi Commonwealth Games. Chairman and managing director Arvind Jadhav at the time promised an “unmatched flying experience" to participating officials and atheletes on board the state-owned airline’s brand new fleet.