Home First Finance Co.'s fundraising efforts part of drive to ensure there is enough firepower to fuel its expansion plans

The company provides loans in the range of Rs1-30 lakh, mostly to first-time home buyers. The company also offers loans against property.

“The firm has grown strongly in the last 2-3 years and their loan book quality is also very good. Now, they are looking to scale up faster. The latest fundraising effort will enhance their capital base to ensure that they have that firepower to scale up," said one of the two people cited above, requesting anonymity as the talks are private.

According its filings with the registrar of companies (RoC), HFFC sanctioned Rs546 crore loans in 2014-15, against Rs300 crore a year ago. As of 31 March 2015, the company had an outstanding loan book of Rs317 crore, data from RoC filings show, compared to Rs164.5 crore a year ago. 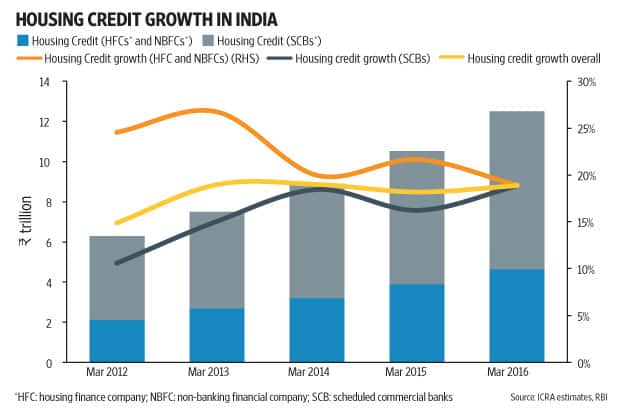 In July, The Economic Times reported that the firm was looking to sell around 30% stake to raise Rs250 crore.

Bessemer and Tata Capital together hold 53.5% stake in the company. Rao and Jayakumar hold around 41.5% stake.

“We are raising between Rs200-300 crore of capital. We have a few proposals from prospective investors. We are in the process of evaluating," said Manoj Viswanathan, chief executive at HFFC.

Since 2010, HFFC has sanctioned over 6,000 loans, according to its website. The lender has established tie-ups with developers like Mahindra Lifespaces, VBHC Value Homes, Poddar Developers and Maple Developers, who are focusing on building affordable homes across India. The lender has a presence in over 25 cities in 10 states.

The interest from Morgan Stanley Private Equity in the housing finance company comes at a time when private equity funds have been finding the financial services space irresistible, especially lending businesses.

On 28 September, Mint reported that non-banking finance companies (NBFCs) had seen 11 private equity transactions worth $750 million so far this year, according to data compiled by investment tracker Venture Intelligence.

Housing finance, in particular, has seen a lot of activity.

In February, Kedaara Capital and Partners Group acquired the housing finance business of small-finance-bank licensee Au Financiers for around $140 million.

Private equity funds have also shown an interest in assets such as ICICI Home Finance, the mortgage lending unit of ICICI Bank Ltd.

Housing credit growth was supported by disbursements of construction-linked loans, growth in the small ticket affordable housing segment, demand from Tier II and III cities and some increase in primary sales during the festive season.

The affordable housing segment for housing finance companies grew at a fast pace.

However, over medium-term, there are challenges in the form of increased competition, it said.

“There has been an increase in the number of new entrants in the housing finance market, including housing finance companies promoted by existing NBFCs, new companies started by entrepreneurs and supported by private equity players. This has led to increased competition in the industry," the report said.