Chennai: The Indian unit of Honicel Worldwide B.V. of Netherlands, which makes paper-based products, expects sales to reach ₹ 300 crore in the next fiscal, driven by strong growth in the construction and retail sectors.

The company on Wednesday will inaugurate its first Indian manufacturing facility in Chennai for its basic product, a honeycomb-shaped recycled-paper material, which, according to the company, is strong enough to form the inner core for doors in buildings, packaging material and automotive components such as spare-wheel covers, headrests and vehicle ceilings.

“This facility will help to address the (lower end) of the market, say, small carpenters," said Henk Krabben, president and chief executive of Honicel Worldwide. Earlier, the company could only supply to customers who could order entire container-loads of imports, Krabben said. By localising production, Honicel hopes small-scale users will help drive up the demand in the industry. 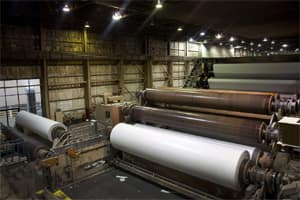 In the first year, the company would produce 9,000 tonnes of honeycomb core, with 60% going to the packaging industry – comprising pallets and container packing for the pharmaceutical, food and automotive sectors – and 40% to the construction industry, mainly internal doors and furniture.

Jones Lang Lasalle Property Consultants India Pvt. Ltd. estimated in a 2011 report that the Indian market potential for materials and equipment used in green buildings, which use less energy and natural resources than traditional buildings, is about $365 million.

Watch HenkKrabben of Honicel, talk about the firm’s honeycomb product and its expansion plans

“We expect our business is India to grow beyond (that in) China," Raj said. In 2010-11, the company saw ₹ 1,200 crore in revenue in China, where it has five production facilities. Honicel India hopes to cross that mark in three to five years, rising from the ₹ 2.8 crore it earns today through imports.