The overall growth in the consumer packaged goods market was 15% by value in 2011, market researcher Nielsen Co. said in a report released on Wednesday, and while it meant a comedown from the 19% growth seen in 2010, much of it was driven by demand in the smaller cities and towns. 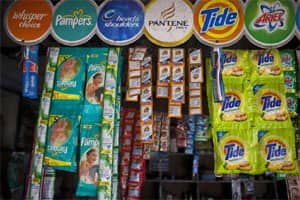 That seems to be changing.

“Clearly, value growth is percolating down," said Ranjeet Laungani, executive director at Nielsen India, while explaining that the objective of the study was to understand the finer details of growth because the researcher’s clients want to know the markets they need to target as metropolitan markets mature.

According to Nielsen, between 2002 and 2010, the metros drove growth for consumer packaged goods, a term that encompasses products such as foods, soaps, shampoos and detergents. Since 2010, towns with a population of between 100,000 and one million drove growth. For the past six months, the growth by value in towns with a population under 100,000 is higher than that in the metros, said the researcher.

Overall, in terms of value, cities and towns with a population of less than a million account for 38% of the market.

Nielsen classifies towns and cities with a population between 100,000 and one million as Middle India. There are around 400 such of the total of 8,000 cities and towns in India. Only 50-60 have a population in excess of a million.

The researcher has identified four reasons for growth in consumption in Middle India: affluence (more employment and better incomes), awareness (through advertising or mobility), accessibility (better distribution) and affordability.

“Over the last few years, a lot of factors such as accessibility due to better roads and penetration of modern retail, affordability, and a change in consumer aspirations due to (higher) media penetration have come together, causing demand in small towns to take off," said Sameer Satpathy, executive vice-president and head of marketing (consumer product business) at Marico Ltd.

According to Nielsen, in Middle India, 43 of the 53 categories it tracks saw a growth (by value) in excess of 10% in the last quarter of 2011 (October-December) compared with the first. In smaller towns, the number of categories that saw this growth was an even higher 53. The fastest growing categories? Shampoos and conditioners, air fresheners, prickly heat powders, and cheese—not exactly the kind of products that would have been associated with small towns even five years ago.

Companies have been quick to catch on.

A PepsiCo India Holdings Pvt. Ltd spokesperson said the company’s growth in rural markets is twice that in urban areas.

“We will further increase our rural distribution reach from 10 states out nationally and this will be instrumental for driving our growth," said Sunil Duggal, chief executive officer of Dabur India Ltd.

Importantly for marketers, Nielsen said the phenomenon may not be restricted to consumer packaged goods and could extend to other products. According to the researcher, a consumer in Middle India spends up to one-third more on a mobile phone than one in Pune, a mini-metropolitan city.