Mumbai: After battling in court for more than two years, the Uttar Pradesh government has been directed by the Allahabad high court to refund the entire value added tax (VAT) collected by the state from Reliance Industries Ltd (RIL) on the sale of natural gas to customers. 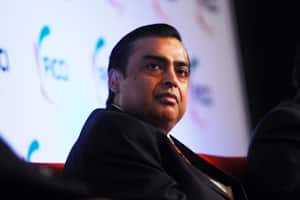 Oil-to-yarn and retail conglomerate RIL had filed a writ petition, admitted by the high court on 27 June 2010, that said the state government didn’t have the jurisdiction to impose VAT on the sale of gas to consumers in the state, since it was an inter-state transaction on which the company was paying central sales tax.

The Uttar Pradesh government had claimed that since the gas came from RIL’s D6 field in the Krishna-Godavari basin off the eastern coast of India via pipelines and land at Auraiya in the state before being transported to the factory gate of end users, it constitutes an intra-state transaction liable to be taxed by the local government.

After much deliberation, which took into account precedents of similar nature and various statutory provisions, the Lucknow bench of the high court comprising justices Devi Prasad Singh and Devendra Kumar Upadhyaya observed that the transaction “is not an intra-state sale but is an inter-state sale and the state of UP lacks jurisdiction to impose tax (VAT)".

RIL, represented by Abhishek Manu Singhvi, had argued that the D6 gas was, in fact, sold to customers in Gadimoga, Andhra Pradesh, where the gas was brought in from the offshore reservoir. Customers take possession of the gas here and make arrangements to transport the gas back to their units in Uttar Pradesh through pipelines owned by Reliance Gas Transporation Infrastructure Ltd and Gail (India) Ltd, RIL had said.

The Mukesh Ambani-led company had been paying VAT to the state government, pending the court’s final decision, and is now entitled to a refund of the entire amount as per the court’s instructions.

“It would be travesty of justice in case the tax realised under the garb of VAT Act is not refunded to the assessee (RIL) by the state government," the court observed. “There appears to have been blatant abuse of power by the state authorities while imposing the VAT."

Mint couldn’t immediately ascertain the quantum of money paid by RIL as VAT.

An email sent to RIL didn’t elicit any comment.

Meanwhile, a 7 September CLSA Asia Pacific research report said that with the government granting conditional approvals for RIL’s upstream oil and gas exploration plans, which includes boosting declining gas output at D6 and RIL spending $12 billion to create new capacity in the refining and petrochemical segment, its operating profit was likley to double in the next five years.