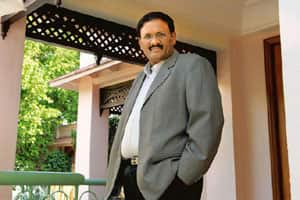 Protests by citizens and environment groups have surrounded Ramky’s landfills and hazardous waste facilities in many of the 32 locations in which it operates. The protesters alleged that the landfills weren’t being operated in a sufficiently scientific and sanitary manner.

In a country where less than 5% of the solid waste is scientifically treated, Ramky was one of the first few firms to realize that the massive amount of solid waste generated in the country—175,000-200,000 tonnes per day—needs to be treated, and treated in a way that adds value.

Reddy gives credit for Ramky’s growth to its participation in a bilateral programme between India and Australia for converting municipal and industrial waste to energy. “That helped us build our initial research and development capacity as well as infrastructure," he says.

OnMobile set on being a global premium player

Waiting for a cloudburst on the Web: Zoho

Belgaum will be next aerospace centre, bets QUEST’s Melligeri

Too hot or too cold? Try Dhama’s jacket

Now, the business is on a roll. “We manage 1 million tonnes (mt) of waste per year but we’ll extend it to 10 mt in two-three years," said Reddy. The firm has already secured contracts for 4 mt per year and expects its current revenue of Rs270 crore to more than double by March to Rs600 crore. 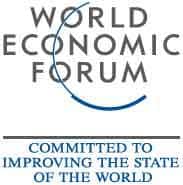 Parthasarthy’s pessimism isn’t unfounded. His facility in Bangalore, after more than four years in existence, manages to recycle only three tonnes of electronic waste per day when the city generates about 40 tonnes per day. The reason, he says, is that E-Parisara is only getting waste from the industry, not from the municipal corporation which is supposed to collect and segregate electronic waste.

Experts agree but seem sanguine about the future as government policy, following a Supreme Court directive in 2000, and market dynamics are expected to drive the business.

So far the waste to energy technologies, which are driving the sector in other markets, have been hard to implement in India as its waste, due to its unscientific segregation, is low in calorific value, says Kumar Ramesh, industry analyst, environment and building technologies, South Asia and Middle East, at Frost and Sullivan.

Now, with joint ventures being formed between regional and multinational companies who are entering India, such as Australia’s Remondis AG and Co. KG, France’s Veolia Environnement and Suez SA, there’s both technology and funding available.

Though the JNNURM, since its launch in 2005 has some funding for solid waste management, that’s not sufficient, says Ramesh.

In an October report, Frost and Sullivan estimated solid waste generation to register 5-6% growth which, due to less penetration, will nudge the market towards “comprehensive and integrated waste management".

Indeed, Ramky is rolling out new recycling plants that would cover ferrous and non-ferrous metal recycling, oil recovery, e-waste, plastic to fuel and several others.

In Hyderabad, REEL has to commence operation by the year-end and in two years, establish all scientific processes, from composting to power production to reclamation of existing dump sites.

Once some of these projects start showing results, other states will follow, says Parthasarthy.

Estimating the market currently at $8 billion (around Rs37,600 crore), REEL not only has the advantage of an early entry and scale, but also of logistical networking which it intends to exploit for rural penetration. “People want to dispose of waste; it’s ultimately a toss between the willingness and the ability to pay, after all good waste management comes with a price," says Reddy.