New York: Citigroup’s India-born CEO Vikram Pandit and its directors have been sued by a shareholder, saying that the board spent funds in an “unwarranted and excessive" manner on compensation packages for its executives. 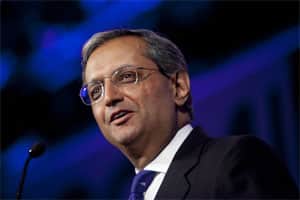 At the height of the financial crisis, he had taken an annual salary of just $1 for most of 2009 and 2010. Citigroup plans to get the suit dismissed saying it is baseless. The suit came just days after Citi’s shareholders rejected a proposal on executive compensation at the bank’s annual meeting. It is filed under the “say on pay" provision of the Dodd Frank reform act which gives shareholders the right to vote on executive pay.

In the 17 April vote at Citi’s annual shareholder meeting in Dallas, 55% of shareholders voted against the proposal on executive compensation, which included approving Pandit’s $15 million pay package. The vote “cast doubt on the board’s decision-making process, as well as the accuracy and truthfulness of its public statements", the complaint said, adding, “Absent this (lawsuit), the majority will of the company’s stockholders shall be rendered meaningless."

With the financial crisis eating into profits and revenues of firms and resulting in large scale lay-offs, there has been outrage among people over the millions of dollars of bonus and pay packages that Wall Street firms have doled out to their executives.