Mumbai: Indian drugmakers, which in 2010 rushed to make cheap swine flu vaccines in response to an outbreak that waned before they could be brought to market, are looking to recover some of their investments amid a new outbreak of the deadly virus in India.

The 2009 global outbreak of swine flu, or H1N1, claimed over 17,000 lives including 2,725 in India between May 2009 and November 2010, when the government asked local manufacturers to come up with affordable preventatives. 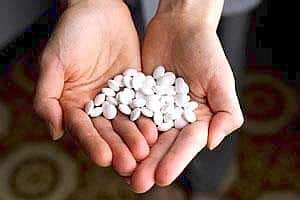 Sporadic cases of swine flu infections have also cropped up over the last six months in southeast Asia and Latin America, with Mexico alone reporting 29 deaths.

“This time, we are planning to produce about half a million doses but still, recovery of costs is not possible," said Adar Poonawalla, executive director of unlisted Serum Institute of India, the world’s fifth-largest vaccine maker by volume.

Serum, whose chairman, Cyrus Poonawalla, ranks as India’s 17th richest person according to Forbes, had to destroy about 2 million doses in 2010 after the unsold vaccines passed their expiry date.

“It’s a cheap vaccine... I offered it even free of cost but still people did not take it," said Executive Director Adar Poonawalla, the son of the company’s chairman.

The company is hoping eventually to sell the vaccine to the World Health Organisation, which requires that a manufacturer have made a vaccine for three years before it will consider buying it.

“If the plant gets WHO pre-qualification, say in a year’s time, then we may look at exports," the younger Poonawalla said.

Vaccines tend to be low-profit, low-margin products sold in large quantities to institutions, governments and non-profits.

Those sold on a retail basis tend to fetch higher margins.

Panacea Biotec, a Delhi-based vaccine maker, this month received a 100 million rupee order from the Indian government to supply its swine flu vaccine PandyFlu and is also looking for retail opportunities.

It had sold vaccines worth up to 80 million rupees but stopped production in late 2010 after demand receded.

“The cost recovery can happen only if there is a major outbreak and we can convince people to buy vaccines... not otherwise," said the Cadila official, who declined to be identified as he is not authorised to speak with the media.