New Delhi: Maruti Suzuki India Ltd, the country’s largest carmaker, reported a 25.3% increase in net profit signalling that the firm has emerged strongly after a downturn that has swept the industry in the last nine months. The results sent its shares up to a record. 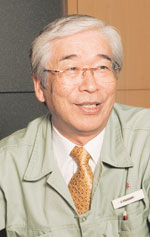 Net profit, which rose to Rs583.54 crore in the first quarter of this fiscal year, beat analyst expectations. A Mint poll of five analysts on 15 July had forecast profit at Rs341.9 crore. Sales rose 33.5% to Rs6,493 crore.

“The numbers are pleasantly surprising and I expect profitability to stay on track even if growth slows (in the coming quarters)," said Piyush Parag, an analyst with Religare Capital Markets Ltd.

However, poor monsoon rains could trip up growth. While Maruti believes the impact would be minimal as its cars are sold mainly to teachers and government employees, analysts don’t buy this. “Many buying decisions in rural homes are based on sentiment," said Mahantesh Sabarad of Centrum Broking Pvt. Ltd. Poor monsoon would likely hit sales, he added.

Lower discounting and higher sales of top-end variants played a key role in improving profitability. Average discounts per car were down by Rs2,500 to Rs9,500. As a result, margins in the June quarter increased 520 basis points to 12.2%, against the March quarter. With this, Maruti’s margins are back to where they were in the same period last year. A basis point is one-hundredth of a percentage point.

The sharp jump in profit saw shares of Maruti Suzuki soaring. The stock ended the day up 6.44% to Rs1,295.55, its highest close since the company went public in June 2003. The Bombay Stock Exchange’s benchmark index gained 2.6%.

Maruti Suzuki, which makes one in every two cars sold in the country, has had a better quarter than its peers. Helped by a new model launch, its domestic sales have grown faster than the competition. In the past quarter they increased 9.6% while Hyundai Motor India Ltd’s rose 1.2% and Tata Motors Ltd’ fell 3.1%, according to data from the Society of Indian Automobile Manufacturers.

Ritz, the new Maruti Suzuki car model launched on 15 May, has been well received by customers, the company said in a conference call. Maruti has so far shipped 14,000 units to dealers. Significantly, the launch has not taken away sales from the Swift, said Ajay Seth, managing executive officer of finance at the company

Rural sales have also played an important part in the company’s performance—they rose from 9% to 12% of total sales—as did an increase in financing. The proportion of cars financed in the total number sold by Maruti in the quarter rose by six percentage points to 66%.

Compared with the March quarter, net profit more than doubled as the firm reported no foreign exchange losses. Forex losses of Rs121 crore had dented profits in the January-March quarter. Maruti currently has about half its forex expenditure hedged.

Like Hyundai, Maruti Suzuki has also begun to successfully tap the export market. Maruti said it expects to export 130,000 units this fiscal year. In the last quarter it received a contract manufacturing order from Nissan Motor Co. for the A-star, a sporty small hatchback. It shipped a total of 29,314 A-stars to Europe for both Suzuki and Nissan, earnings data showed.

Although the numbers would be renegotiated every year, the Nissan order is of a long-term nature, Maruti Suzuki said.