3C, which is based in Noida, east of the Capital, plans to develop premium apartments priced between ₹ 50 lakh and ₹ 1.5 crore in the yet-to-be-named project on a 47.5 acre site in Gurgaon. The project is in the design stage.

The investment is Red Fort Capital’s fifth in a project undertaken by 3C, said Subhash Bedi, managing director of the private equity (PE) firm. He didn’t disclose total investment numbers. In its last investment, Red Fort had provided ₹ 200 crore of funding to 3C in early 2010 for a housing project in Noida.

Red Fort Capital has invested more than ₹ 500 crore in various projects by the developer, according to analyst estimates. 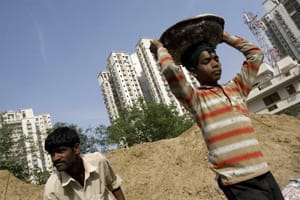 Such partnerships offer the advantage of a sense of familiarity and comfort between the fund and the developer.

Second, the exhaustive process of due diligence before investment is reduced with a familiar partner and the time and money saved can then be spread across more transactions, said Ambar Maheshwari, managing director of corporate finance at property advisory Jones Lang LaSalle.

Vidur Bharadwaj, a director of 3C, said the firm currently has about 25-30 million sq. ft under development and will raise more capital on a project-specific basis.

With banks tightening lending norms, PE firms and non-banking financial companies (NBFCs) have emerged as an important source of funding for most real estate companies.

Red Fort Capital has an estimated $1 billion under management in India, after it recently finished raising a $500 million real estate fund.

Bedi, however, declined to say whether the latest 3C investment is from the new fund or an earlier fund.

“The investment strategy for the new fund continues to focus on largely equity investments in primarily residential projects in large cities," he said.

The fund made its first investment in Mumbai in November 2011, investing ₹ 250 crore in a slum redevelopment project by Omkar Realtors and Developers Pvt. Ltd.

Bedi added that the fund is currently negotiating two-three possible investment options in the city.